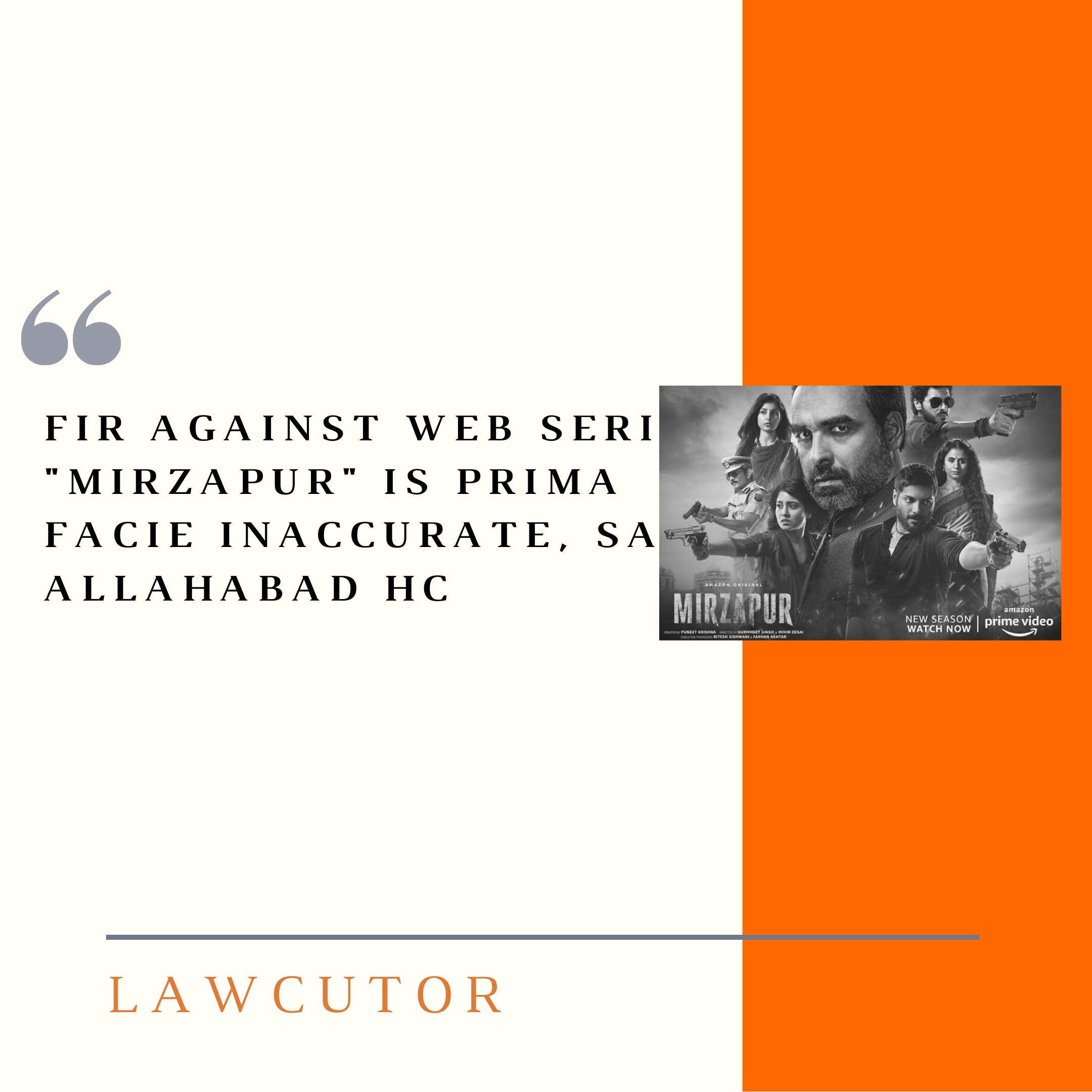 Background
The First Information Report that was registered against the petitioners, under Section 67 – A of Information Technology Act and Sections 295 – A, 504, 505 read with Section 34 of the Indian Penal Code (IPC), on 17th January 2021 at Mirzapur in Uttar Pradesh, alleges that the web series portrays an inaccurate, indecent and improper representation of the town of Mirzapur.
The complainant in the FIR claims that the portrayal of Mirzapur in such a crass manner has hurt their sentiments and such action must be taken against the makers.

Submission of the Petitioner

Observation of the court

The Division Bench, comprising of Justice Subhash Chand and Justice Manoj Kumar Gupta, of the Allahabad High Court, observed that the submission made by the petitioners that the First Information Report is not accurate and that prima facie the petitioners have not committed the offences alleged in the FIR.