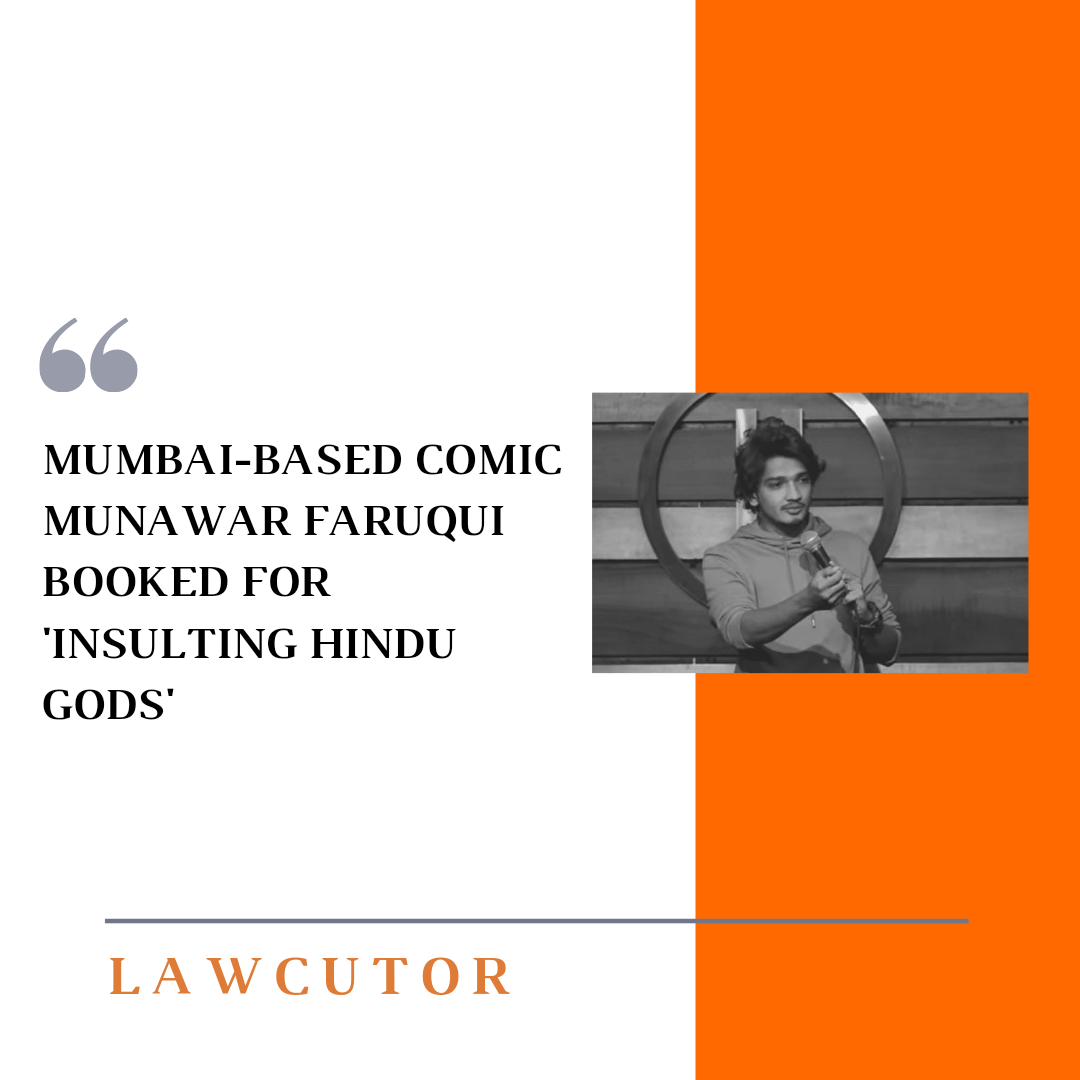 Munawar Faruqui, a comedian was roughed up by members of a Hindutva group in Madhya Pradesh. An FIR was also lodged against him and the organizers of the show for insulting Hindu gods. This FIR was filed on the complaint of Hind Rakshak organisation’s chief for allegedly using obscene language for a community’s religious beliefs. They said he used derogatory language for gods. Some members of the organisation were present there, and they objected to him for using such language after which they had an altercation. Cops examined the video footage of the show and said that he mocked Hindu gods and goddesses” during the show which was organised “without permission” from authorities.