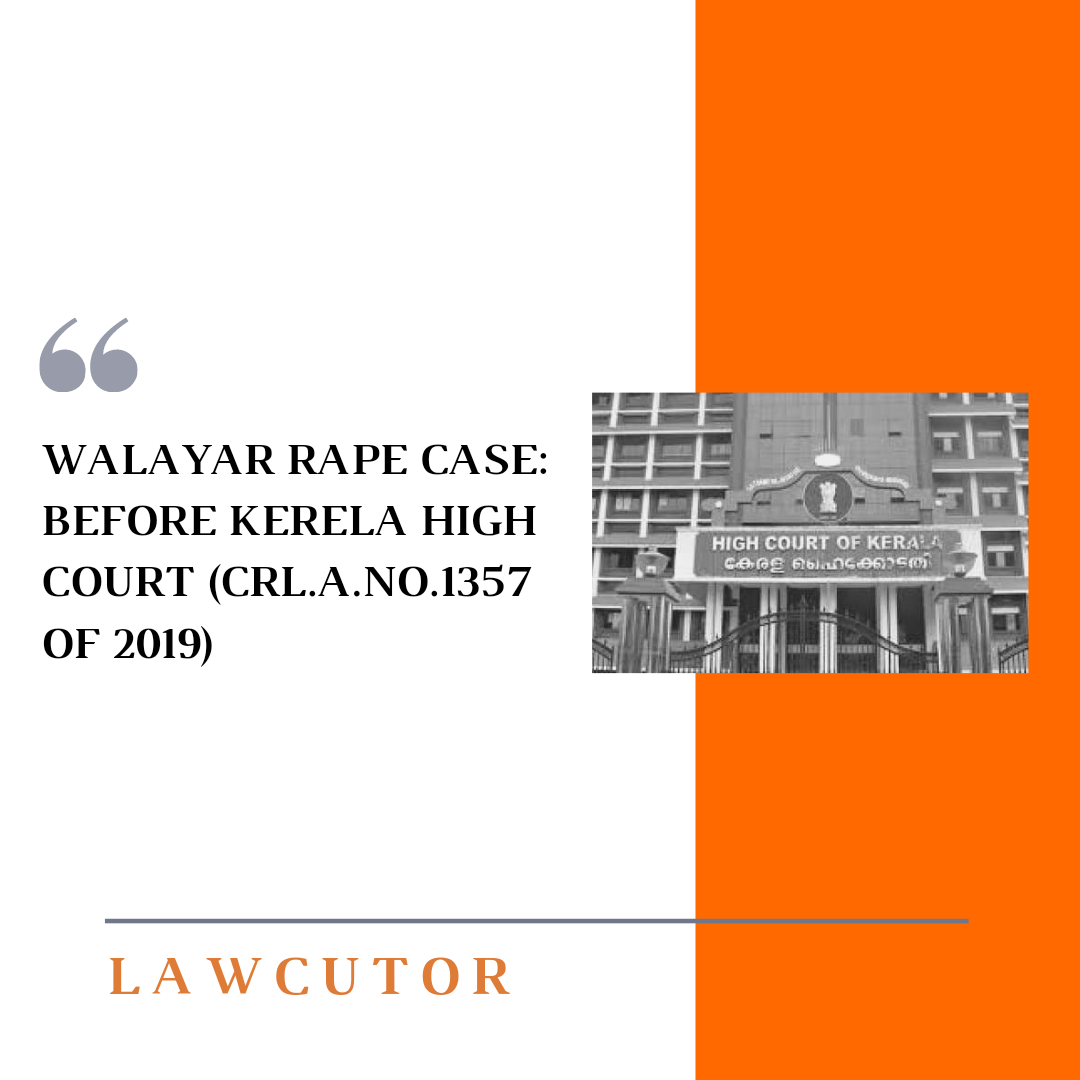 The Bench of Justices A Hariprasad and MR Anitha quashed the acquittal of Accused of the Walayar Rape Case. They stated that the prosecutor and the judge did not perform their duties well.The court was of the opinion that sexual assault caes of children especially ones hailing from an economically backward segment ought to be dealt with propper care, which was not done

To quote:”Notoriously well known is the fact that the successive Governments make appointments to the posts of public prosecutor and additional public prosecutor mainly considering their political leanings and affinity towards the ruling dispensation. It is a matter of concern that no effective consultation with the District and Sessions Judges happen before appointing public prosecutors for the District Judiciary.

Many a time, suitability, integrity and merit are not regarded as the prime considerations. Appointments of Government pleaders and public prosecutors, including the special public prosecutors, can never be regarded as part of any social welfare scheme of the State Government so as to benefit a particular class of advocates disregarding their suitability, merit, integrity and capability. In other words, such posts are not intended to provide employment to the favourites of the ruling dispensation on extraneous considerations. State Government is a constitutional entity and it is duty bound to remember that they are appointing Government pleaders and public prosecutors to discharge their constitutional obligations to maintain law and order”, reads the judgment.”

The court brought to light in the judgment the requirement of the Lawyers and judges to met out justice irrespective of any political stance in the case. It also noted special training that should be given to POCSO judges.

Delhi High Court: Facebook and WhatsApp plea are misconceived in challenging CCI order on privacy policy
The SCBA is opposed to the Supreme Court taking suo motu cognizance of the oxygen and drug shortage.
Order of second inquiry against Param Bir Singh, ordered by Maharashtra Government
"Anger against husband spilled over to children:" Bombay High Court
Social Media Internship Program @lawcutor
"We are ashamed of f ourselves for being a part of the Nasty Society: Bomabay HC"
The German Court rejects the EU pandemic recovery fund's legal challenge
Principle of Non-Refoulement can prima facie be read within the ambit of Article 21 of the Constitution: Manipur HC
Artificial Intelligence should align with our constitutional morality-justice SA Bobde
My Tweets