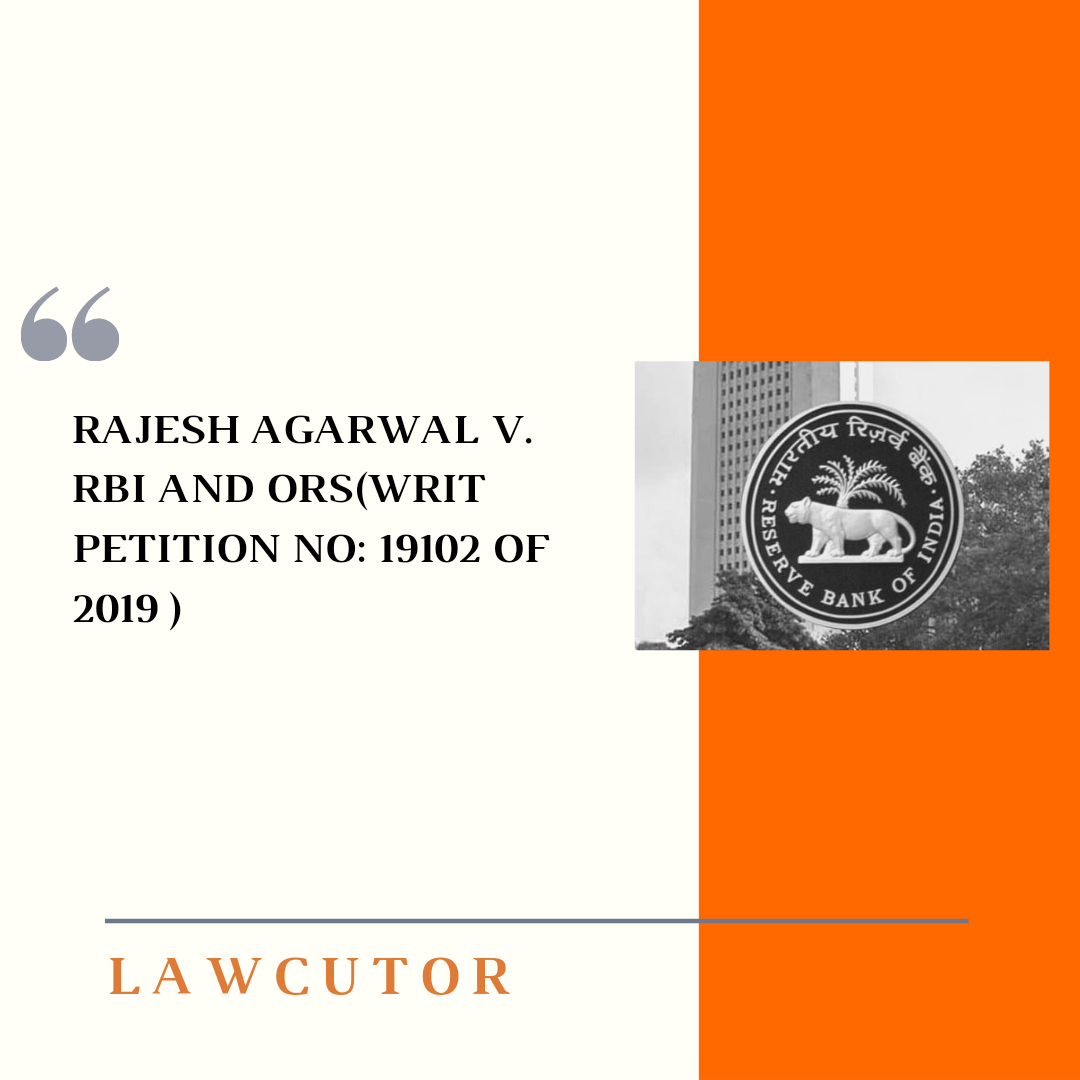 In this recent judgement by the Telengana High Court, a plea was filed before the court that Principles of Natural Justice should be included in RBI Circulars.

The petitioner contended that fraud as included in the 2016 Master Circular by RBI affects The Company or the borrower, the directors,the promoters and the whole time directors and principles of Natural justice should be read into this.

The respondent contended that Master Circulars does not allow a hearing of fraud as it is in the general interest of the public and such matters should be dealt swiftly.


“A bare perusal of Clause 8. 12 .1 of Master Circular clearly reveals that once a company is declared as a fraudulent borrower, the Director’s civil and fundamental rights are adversely affected to a great extent. Such a classification would have “grave civil consequences” for the Promoter / Director of a borrowing Company. Once branded as ‘a fraudster’, or ‘a fraudulent borrower’, or ‘holder of a fraud account’, the stigma will continue for a considerable time.

Once the civil or fundamental rights of a person are affected, the person does have the right of access to justice under Article 226 of the Constitution of India.The Master Circular has statutory force, since it has been issued by invoking the powers conferred under Section 35-A of the Banking Regulation Act, 1946.
The contention that urgency demands that principles of natural justice should not be read into the Master Circular is a fallacious contention. A holistic analysis of the Master Circular reveals that while it is important to report the discovery of a fraud to the RBI and to initiate criminal investigation within a short period, nonetheless, a sufficient ‘warning signal system’ is built into the system, so as to alert not only the banks forming the Consortium, not only the RBI but also the other banks. Therefore, the argument that unless urgency is shown in declaring a borrower as a fraudulent borrower, the entire banking organization may be exposed to further fraud by a borrower, is bereft of any merit.
Even an administrative functionary/body, like the JLF, would have to balance the twin aspects of ‘hurry’ and ‘hearing’.

Thus the principles of Natural Justice should always be read into the Master Circulars.