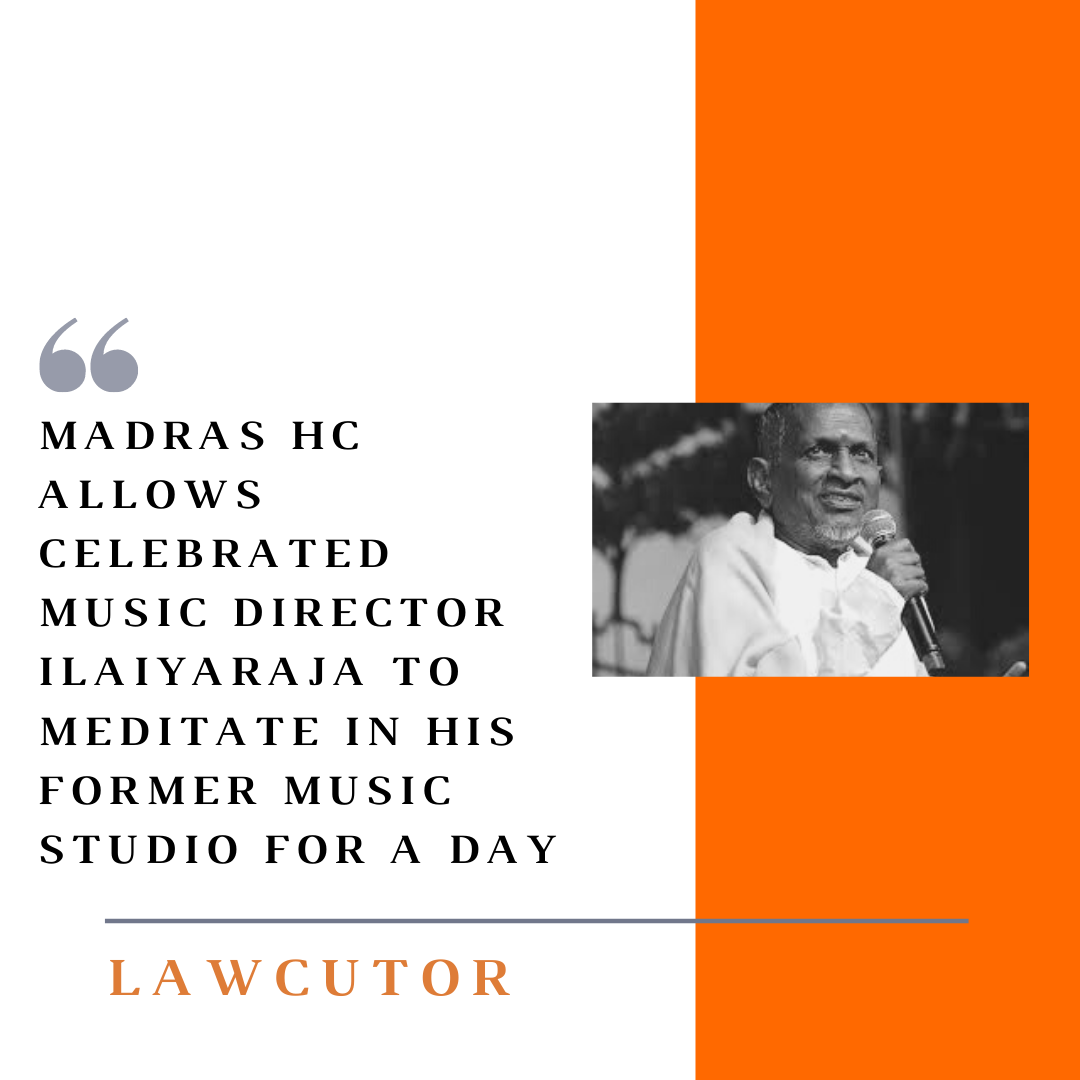 After a long battle, the HC recently recorded a settlement between Ilaiyaraja and the proprietors of Prasad Studios that would allow him a day to meditate in the music room where he composed his songs for the past 35 years as a condition to withdrawing cases filed over the denial of his access to the studio in 2019.

The HC allowed plaintiff to enter the premises between 9 am to 4 pm. Accordingly, permission is granted to the plaintiff to visit the place which was required by him to meditate for one day. When the plaintiff is meditating inside the room, simultaneously the material belonging to the plaintiff kept in the separate room at the same premises shall be removed by engaging packers and movers and the same shall be engaged by the defendants.

The Commissioner appointed by the court shall take inventory of the materials kept in the separate room. It is also made clear that at the time of the entry of the plaintiff to the premises only three members would be permitted ie., one personal assistant and two music assistants besides Commissioner shall also accompany the plaintiff.

A single bench comprising of solely Justice N. Sathish Kumar concluded the case with the following statement: “The Advocate Commissioner appointed by this court and the plaintiff (Ilaiyaraja will be allowed to enter the room where he composed his music for the last 35 years. On the particular day at the relevant time of his entry, the defendants shall make endeavour to see that nobody is present inside room.”.