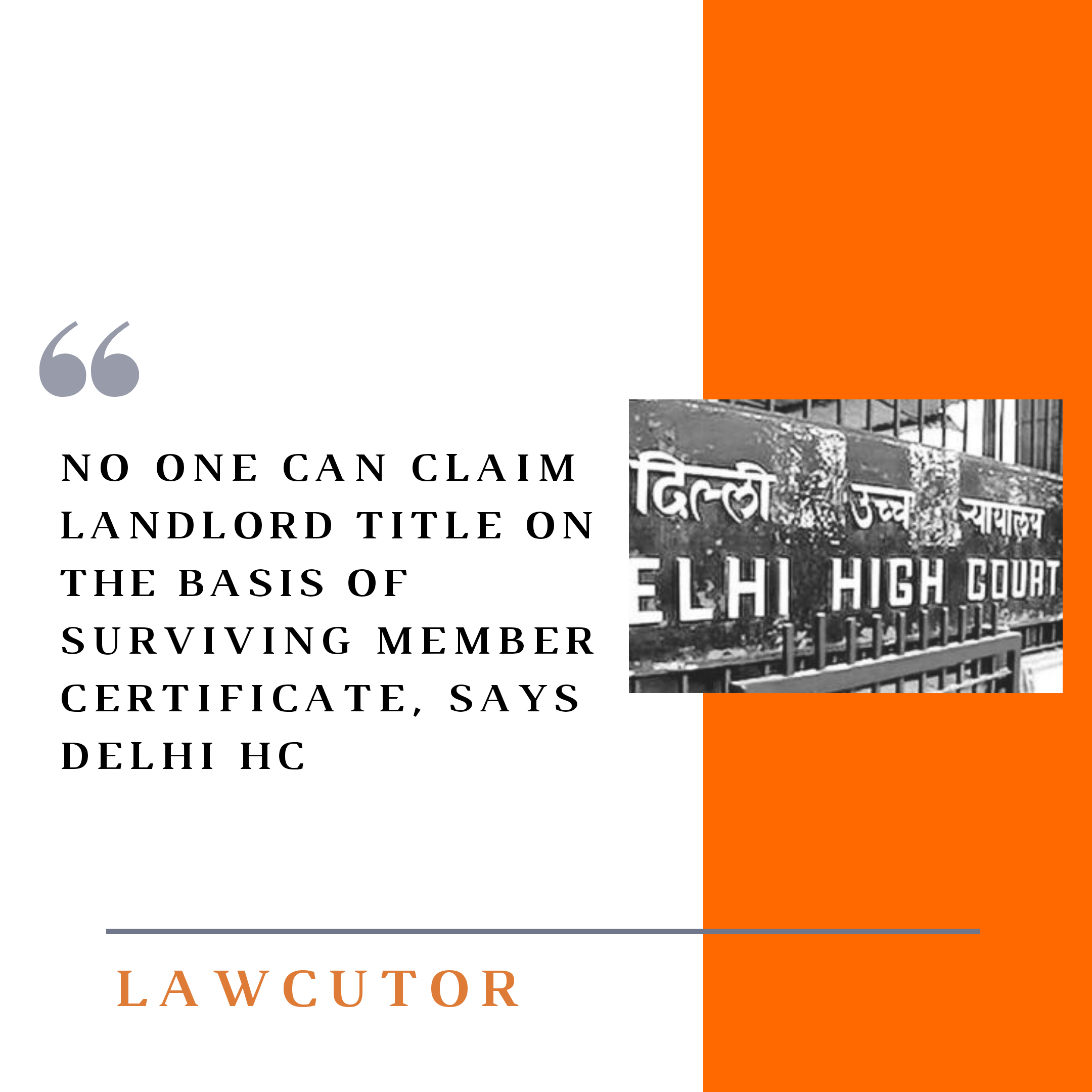 A petition has been filed by a man claiming to be the landlord of a rented property. His contention is the appellant cannot claim himself to be the owner/landlord for the simple reason the surviving member certificate as it does not confer any right, title or interest.

Kehar Singh claimed to be the owner of rented property situated in JJ Colony Delhi, after the death of his younger son Manjeet Singh who was the actual owner of the property. Moreover, his wife Late. Surjeet Kaur also executed a will bequeathing the property (movable/immovable) in favour of him. He further stated before the Court that tenants does not have any documents regarding the ownership pertaining to the property in dispute. He also averred that the trial court ignored the material on Record that the respondents were not able to show anything about their status as to the property in dispute.

Observation of the Court

3.The case of the appellant is that by virtue of this surviving member certificate the ownership vested in him and Ms Surjeet Kaur who died on 19/07/2013 and she executed a will before her death whereby all the movable and immovable properties were bequeathed to him.

Held
The Court held that on the basis of these documents, the appellant cannot claim himself to be the owner/landlord for the simple reason the surviving member certificate does not confer any right, title or interest. This will does not contain the details of the property nor does it contain the name, parentage and address of the witnesses. The tone, tenure and appearance of the Will leaves much to be desired.