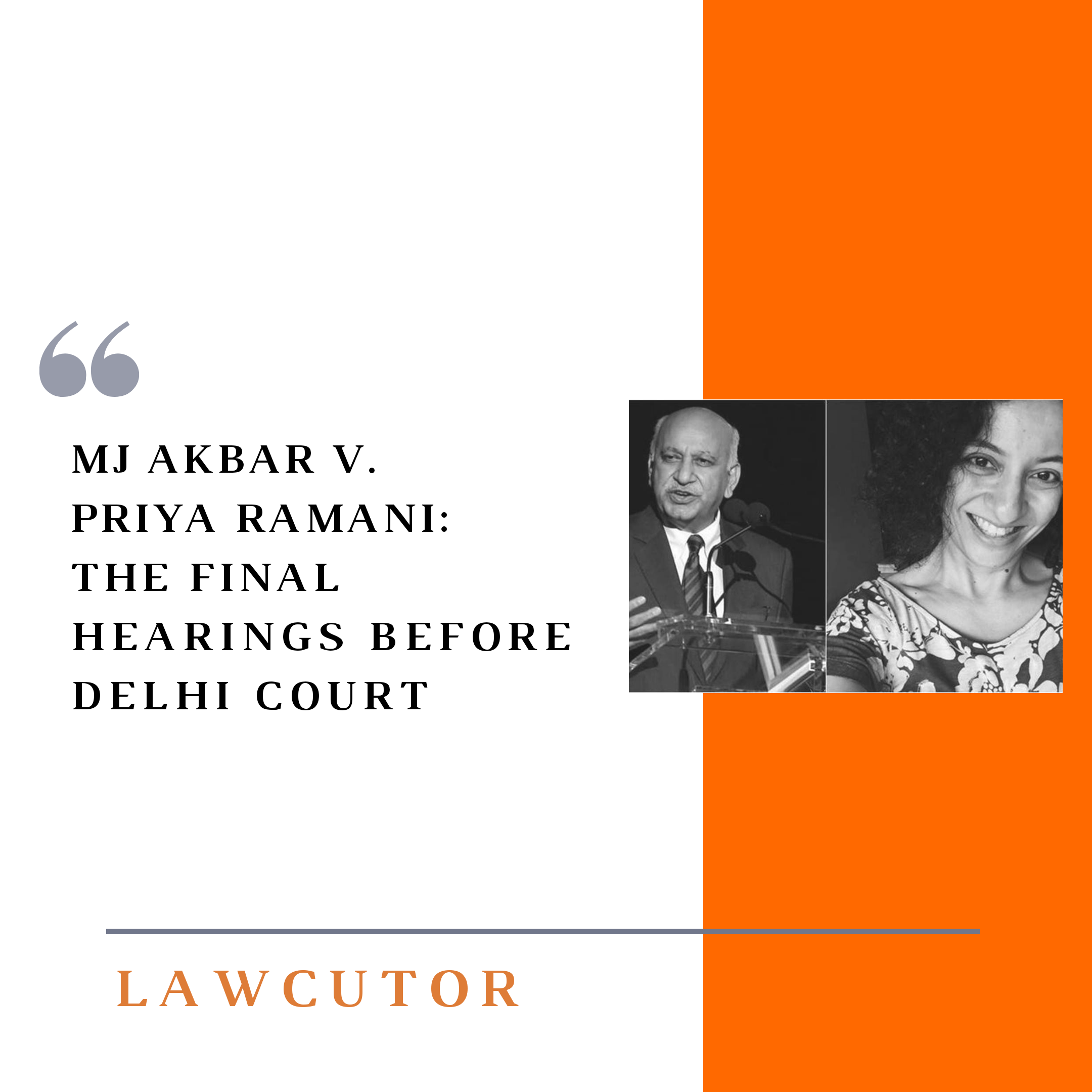 Former Union Minister MJ Akbar’s criminal defamation case against journalist, Priya Ramani for her allegations of sexual harassment against Akbar is being heard by the Court of the Additional Chief Metropolitan Magistrate, Rouse Avenue.

Senior Advocate Rebecca John appeared for Priya and submitted on behalf of her in the defamation case, at the last hearing of the case, alleging that Akbar did not come to court “with clean hands” and was “playing a fraud on the court”.

During the #MeToo movement in 2018, Ramani had accused Akbar of sexual misconduct in an incident dating nearly three decades ago.Akbar against it, filed the criminal defamation complaint against Ramani in October 15, 2018 and resigned as Union minister on October 17, 2018.

The Court asked former Union minister M J Akbar and journalist Priya Ramani whether there was a chance of settlement between them in a criminal defamation complaint filed by him against her.

The court asked both the parties to respond on the point of settlement and get back on November 24, the next date of hearing.