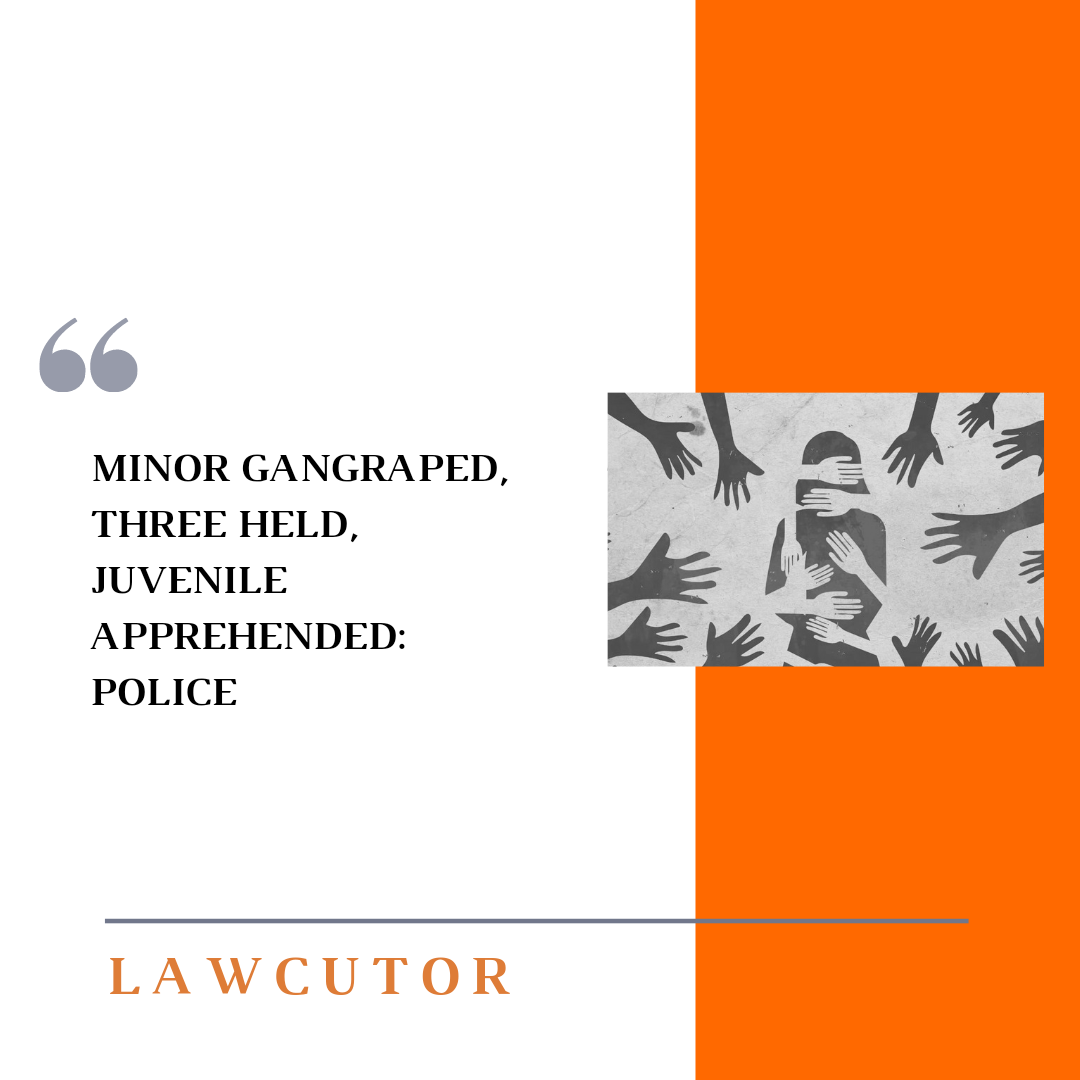 A 14 year old domestic maid has alleged that she was gangraped by three men and a juvenile in the southern range of the capital on Saturday.

The police officials have said that the three accused have been arrested and the juvenile has been apprehended and also FIR has been registered against them. Also the police is taking required actions against the employer for employing minor.

The victim also alleged that she was threatened with dire consequences, and on account of this she was being gangraped.