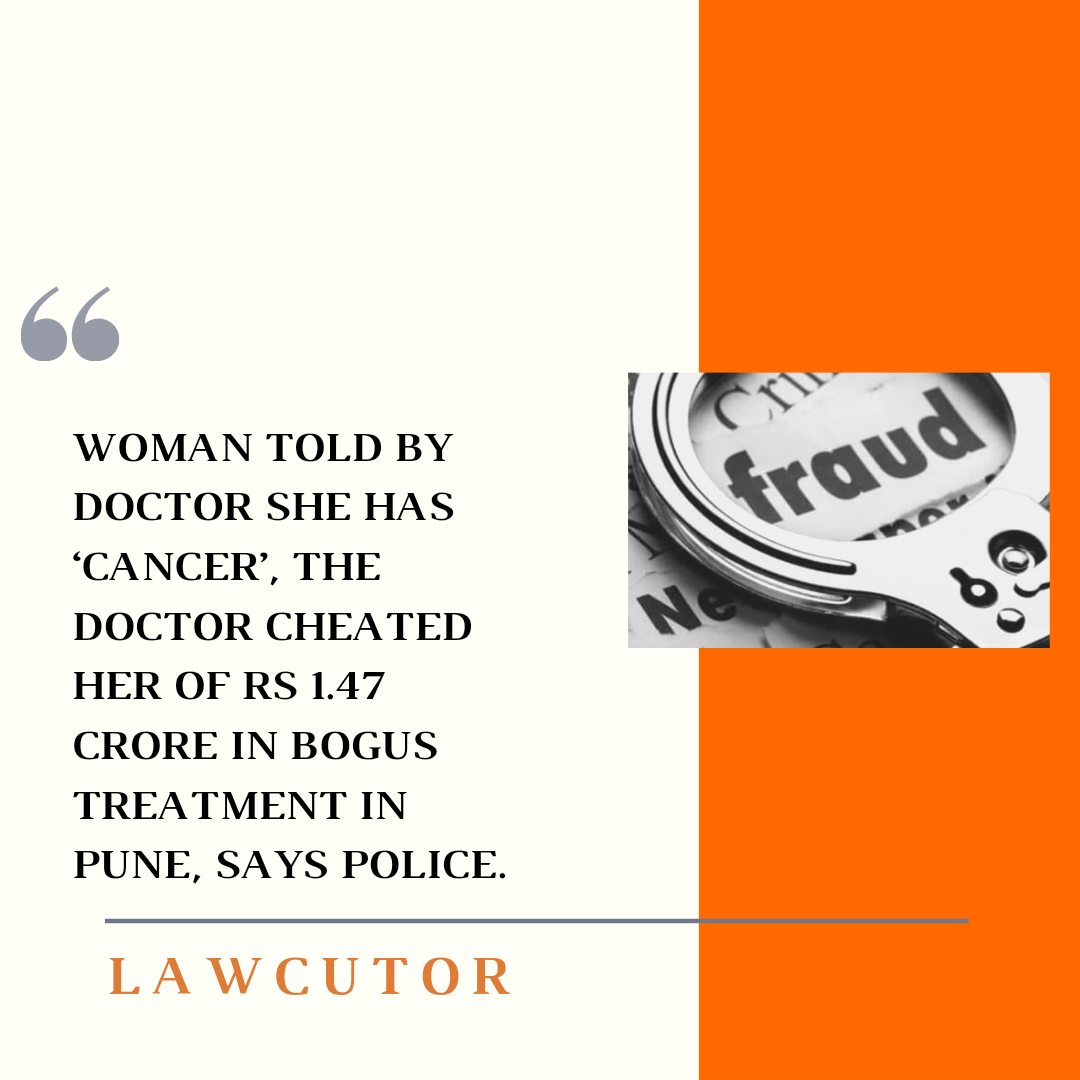 A 58 year old woman was cheated by a doctor for Rs. 1.47 Crore, stating that the lady is suffering from a liver ailment and cancer and taking the money for her false “treatment” over the previous couple of months.
The lady, Sushma Jadhav works as an auditor on the Principal Controller of Defence Accounts (Officers). On Friday, She lodged a primary data report in this case in the Wanavdi police station.

According to Jadhav, She got in contact with the doctor at her workplace by mutual friends in 2017. The doctor supervised her regarding her knee ache at her naturopathy clinic in Kondhwa Budruk.
The Doctor is identified as Vidya Dhananjay Godras, a resident of Wanavdi.

As per the officials, Police said that without carrying out any medical tests, the doctor told the lady that she was suffering from ‘liver ascites’ without taking any medical tests stating that this illness might even kill her and asked her to start with her treatment. In September the doctor informed Jadhav that she has cancerous tumours on the upper portion of her liver and kept on giving her tablets.

Godras, kept on taking money for her relieve mainly by cheques.
When the lady, didn’t have enough money for her treatment, she asked her husband to arrange for Rs. 7 Lakh. Jadhav’s husband who is a lawyer, asked her to show the medical treatment reports, Jadhav contacted Godras, but she didn’t give any medical reports or treatment papers.
A meeting was held on December 3, where Jadhav, her husband a lawyer friend were present, during which the doctor stated that she will not be able to give the medical reports till the treatment is over.

It was found Godras was cheating them and a complaint was filed.
The Investigating Officer of the case,Bholenath Ahiwale said, “The lady has paid nearly Rs 1.45 crore to the doctor via cheques and Rs 1.75 lakh in cash. The doctor has not been arrested yet, but her bank accounts have been sealed and investigation is going on and a case under section 420 IPC has also been filed.