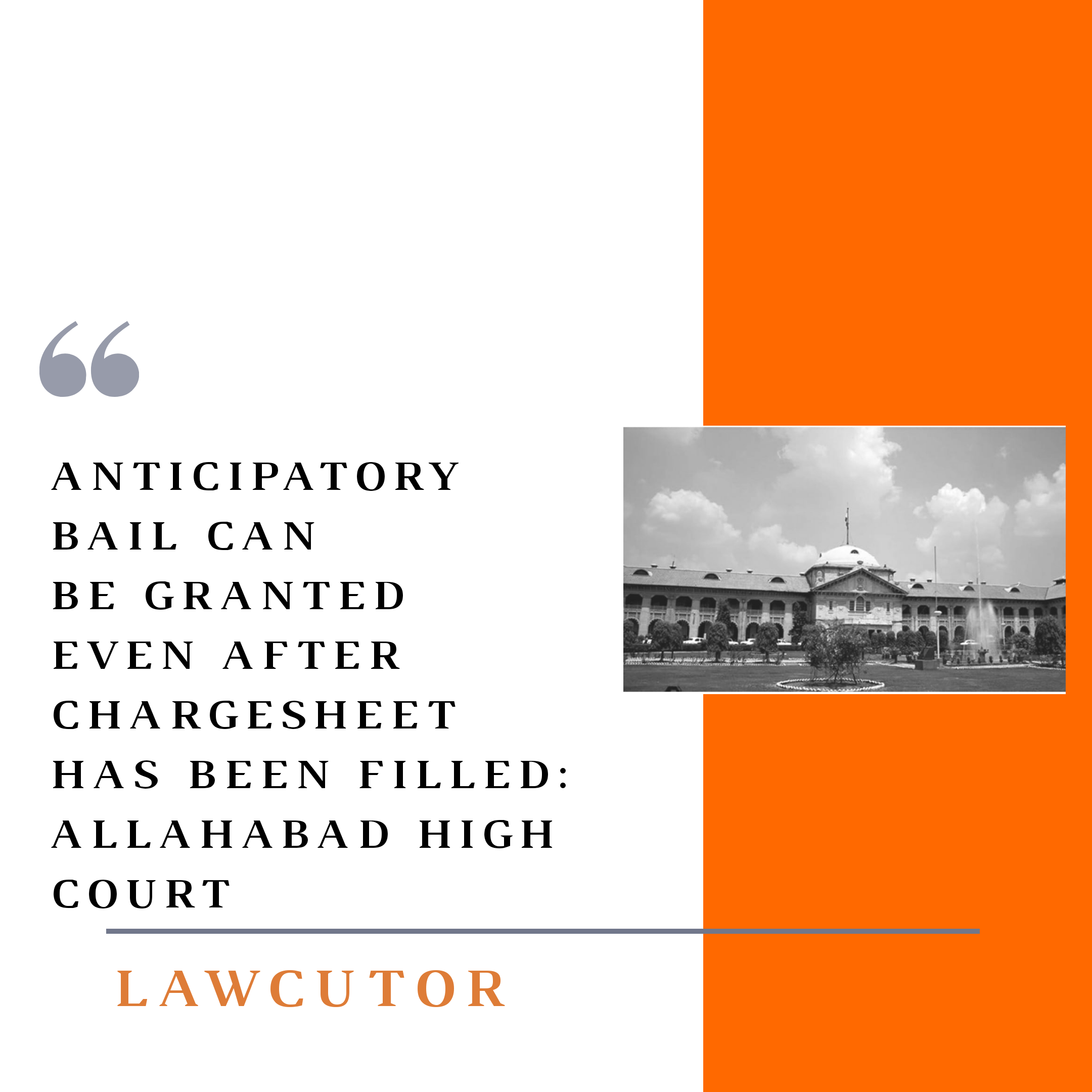 A single bench of the Allahabad High Court comprising of Justice Siddharth held that anticipatory bail can be granted even after a chargesheet in the criminal case has been filed, while hearing a pre-arrest bail plea filed by a law student at Aligarh Muslim University, booked under Sections 307 and 504 of the IPC.

The present Petitioner, Adil, was earlier granted anticipatory bail till submission of the police report under Section 173(2) CrPC. He had approached the High Court seeking anticipatory bail for the second time, after he was summoned by CJM, Aligarh in pursuance of a charge sheet submitted by the IO.

The Court, in its decision, cited the case of Sushila Agarwal v. State (NCT of Delhi) and held that the anticipatory bail need not be in place for a limited duration of time.