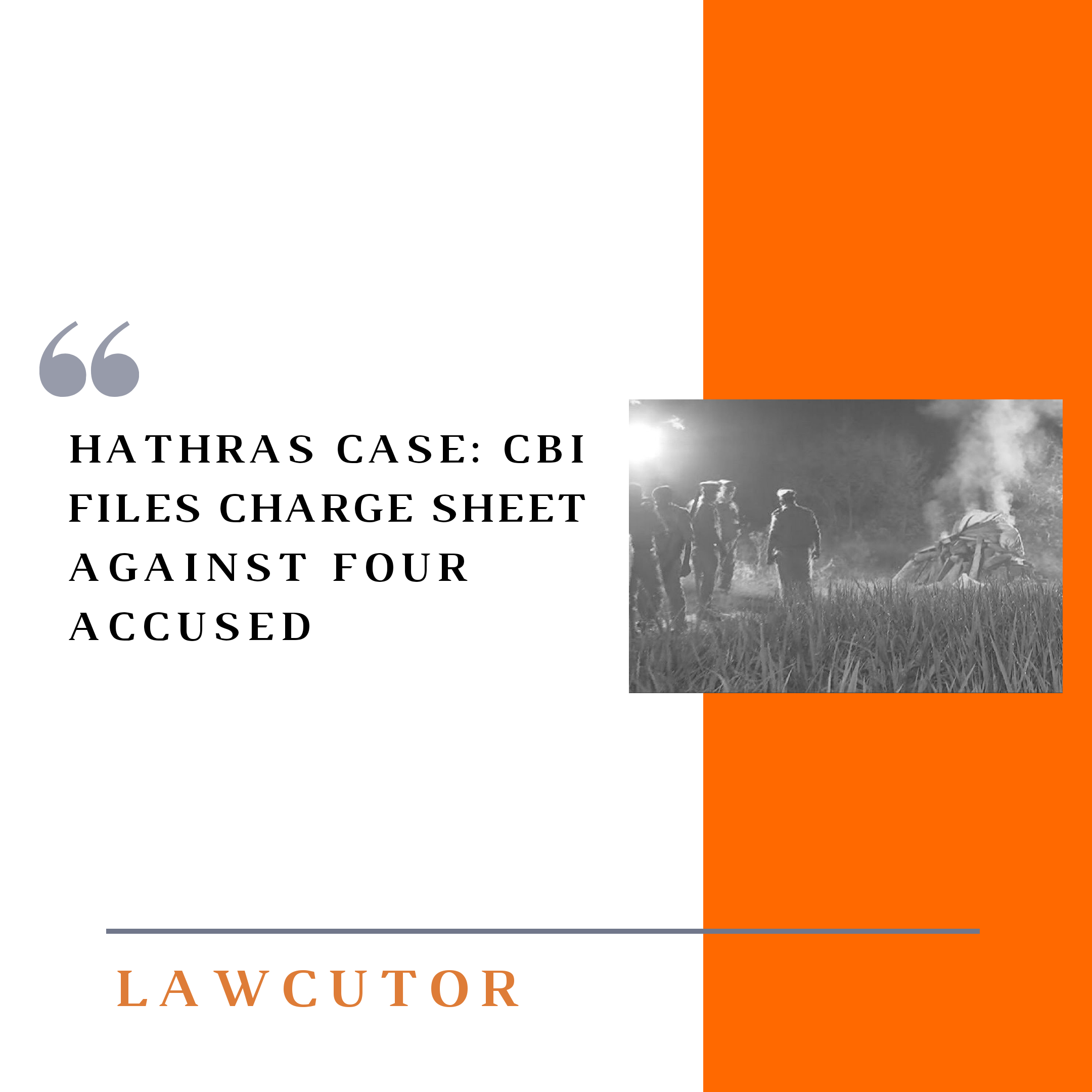 The CBI on Friday filed its charge sheet against four accused in the alleged gangrape and murder case of a 19-year-old Dalit woman in Hathras. Sandeep, Luvkush, Ravi and Ramu were accused against whom the agency invoked charges of gangrape and murder. The local court in Hathras has taken cognisance of the offence.

in this case, a Dalit woman was allegedly raped by four upper-caste men in Hathras on September 14. She died during treatment and was cremated in the dead of the night near her.

The agency has looked into the role of accused and they were also put through different forensic tests at the Forensic Science Laboratory in Gandhinagar. The agency also consulted doctor at Jawaharlal Nehru Medical College and Hospital, where the victim was treated after the alleged gangrape
And on basis of all this, chargesheet was filed.