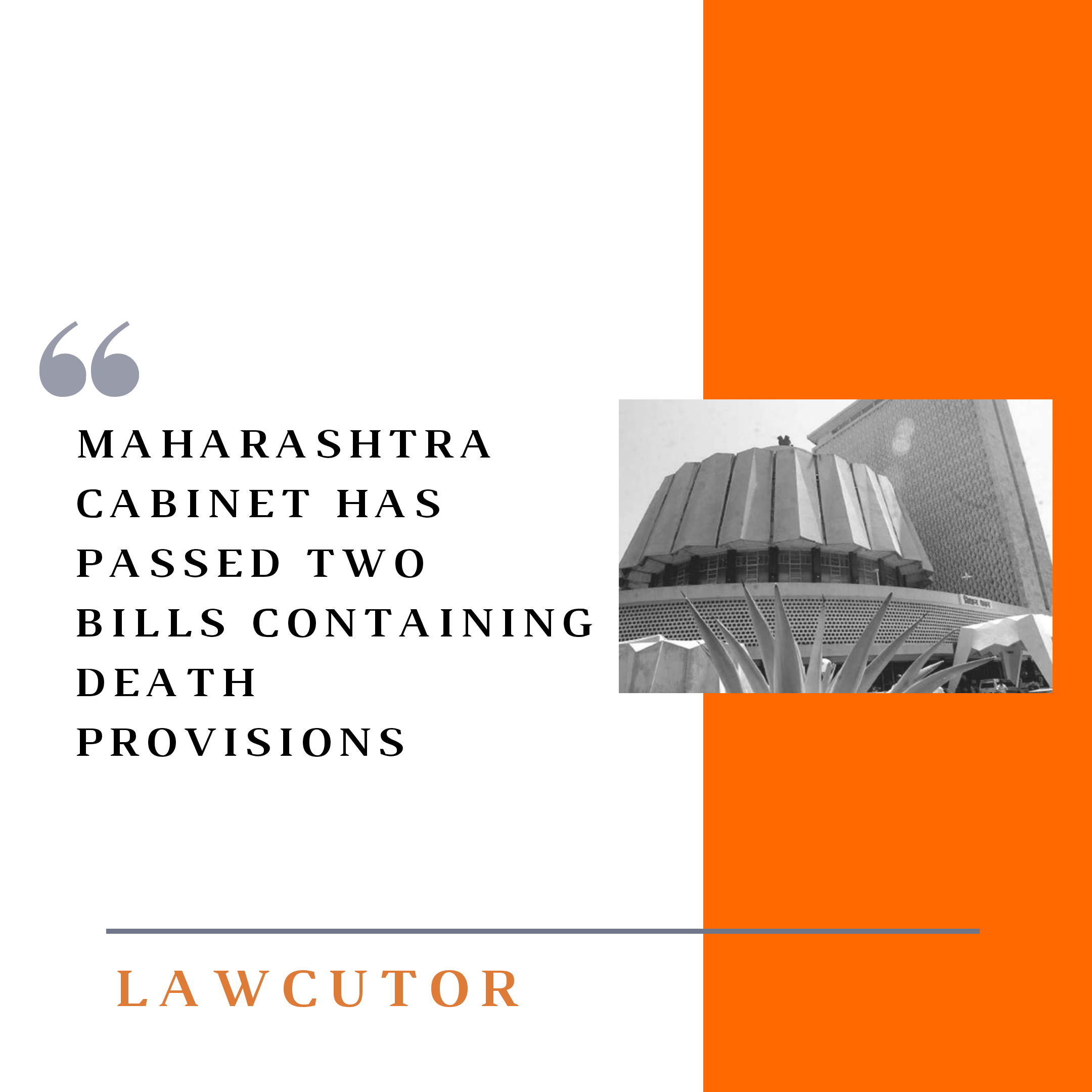 The Maharashtra cabinet on Wednesday passed two bills that contains death provisions for crimes such as rape, child abuse and acid attack.

According to the draft bill, those found guilty of crimes such as rape, child abuse and acid attack will be sentenced to imprisonment for at least 10 years. This time period may extend to the remainder of their natural lives or to death sentences in cases that have characteristics of being heinous in nature, the draft said.

Acid attack survivors will also be given Rs 10 lakh for plastic surgery and facial reconstruction. The convict will pay the amount as fine.The bills have also defined new categories of crime, including threatening and defaming through any channel of communication, that will attract up to two years’ jail or Rs 1 lakh fine.

Similarly, Andhra Pradesh has proposed Disha Act that has a provision of the death penalty for rape instead of 10 to 20 years of imprisonment.