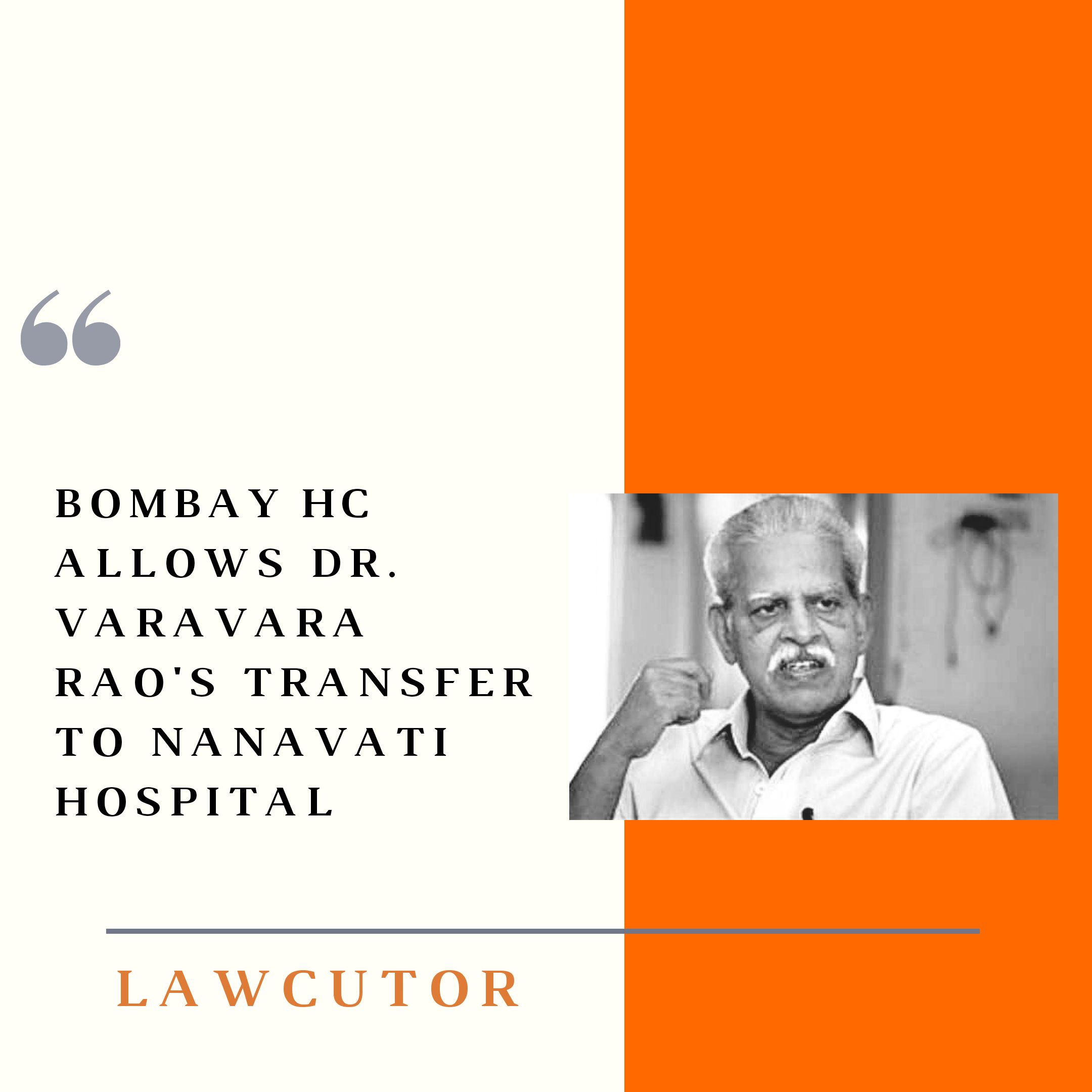 The Bench of Justices SS Shinde and Madhav Jamdar passed an order allowing the Transfer of  Dr. Varavara Rao from Taloja Jail to the Nanavati Hospital for treatment. The expenses of the same are to be borne by the state. The bail order, cited as a special case not to be taken as precedent, has been given on the grounds of the 80 year-old’s deteriorating health condition of brain atrophy and failed kidneys.

Dr. Varavara Rao has been accused under the UAPA in the 2018 Bhima Koregaon case and had been seeking bail since May for his medical treatment. It was contended that the jail hospital was ill-equipped lacking proper facilities for his condition.

As per his criminal liability, the lower court was still at the stage of framing charges.

Guidelines were also formulated for the bail order. Family members will be allowed to visit subject to protocol. The court should be informed before discharging him.