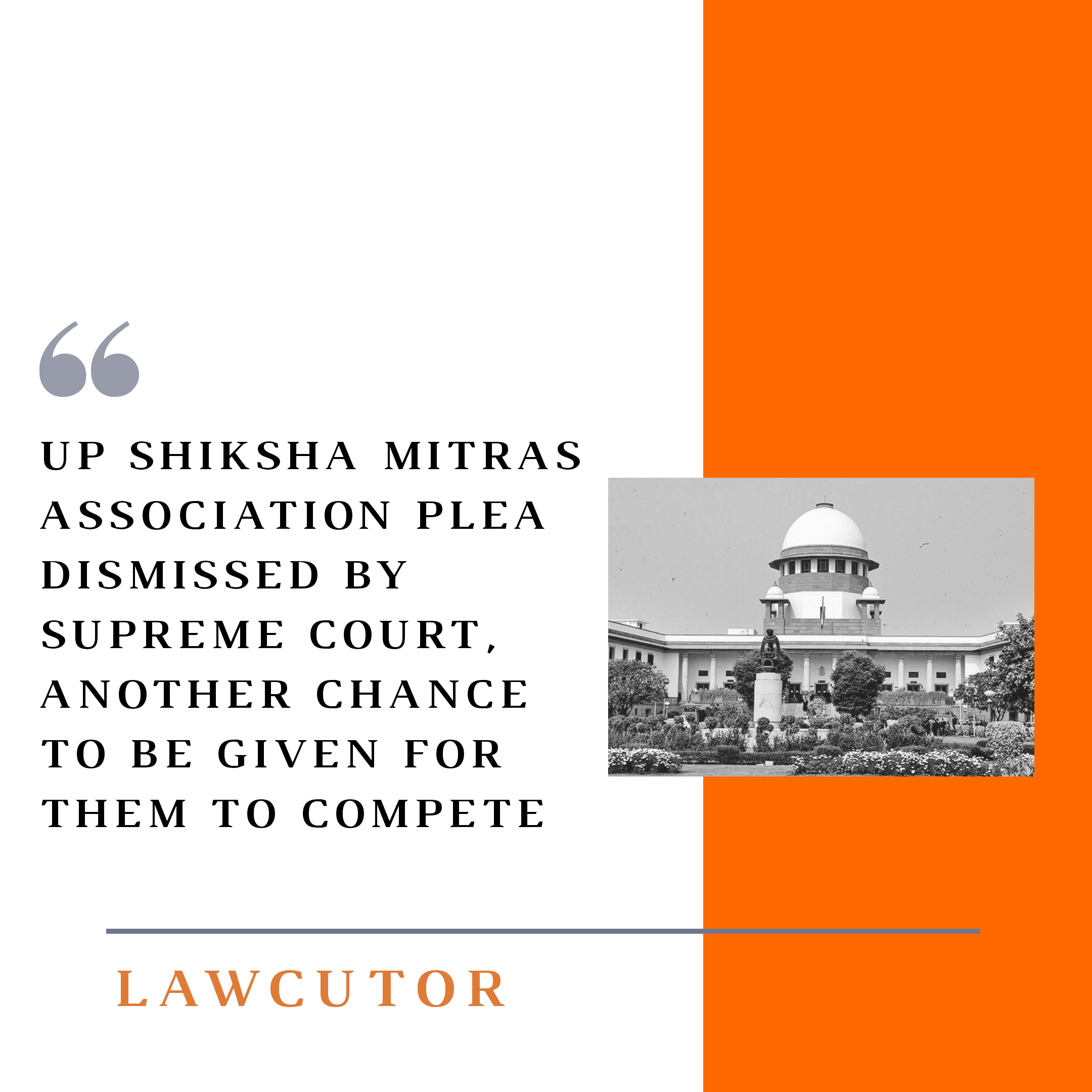 The Supreme court has dismissed the petition of UPSMA related to the case of the recruitment of 69000 teachers in Uttar Pradesh. The court stated that the last chance should be given to the Siksha Mitras to prove their eligibility to be appointed as assistant teachers.

The court has directed the UP government to frame the guidelines related to the recruitment exam.

The court observed that all the petitions filed by the UPSMA will be rejected and one more chance should be given to appear in the exam for the recruitment.

The court further stated that UP government can start the further process for filling 37000 Shiksha Mitra vacancies in terms of the result announced in May 2020.