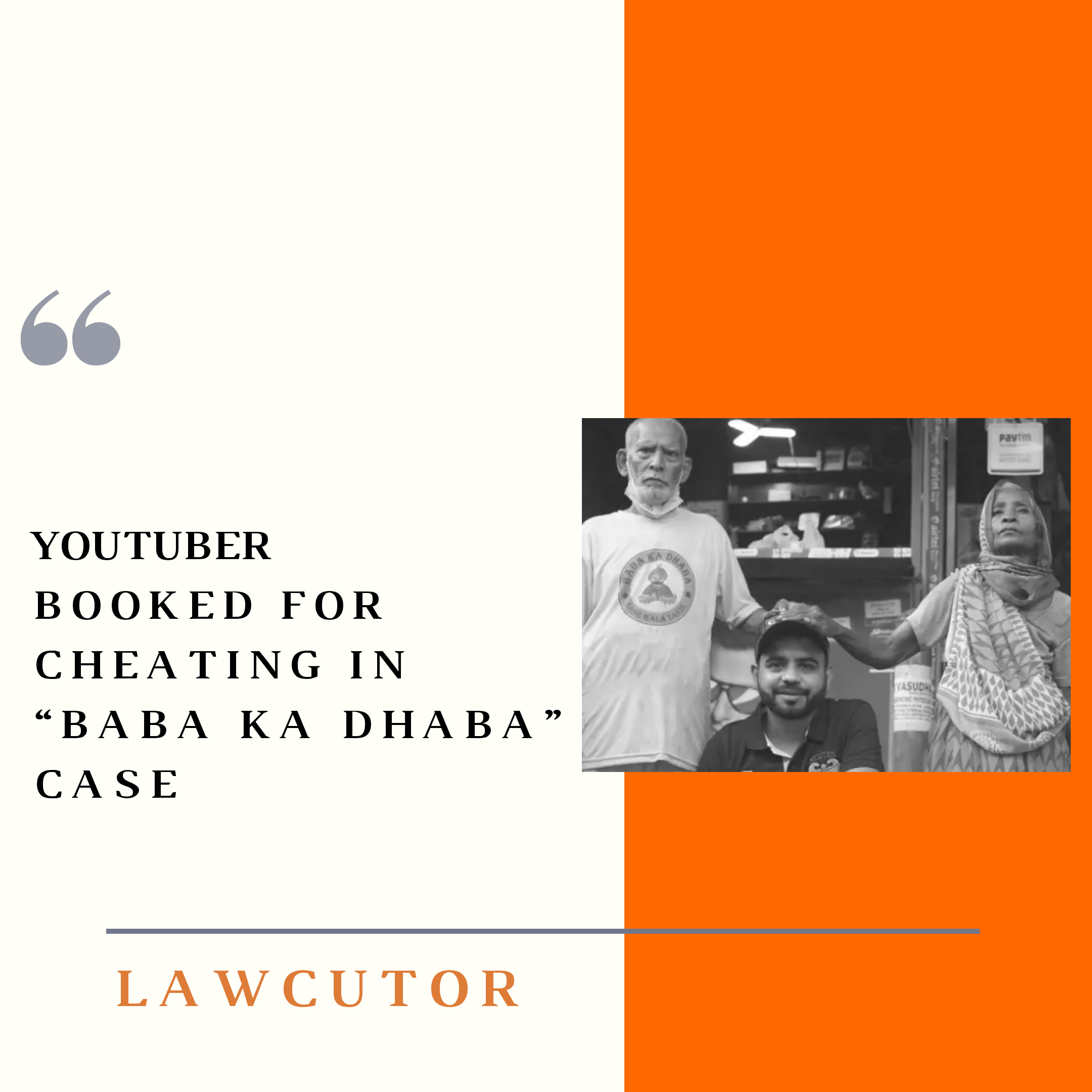 The Delhi Police has booked the YouTuber under section 420 of Indian Penal Code in the “Baba Ka Dhaba” case. The complaint was filed by the owner of the food stall, Kanta Prasad against Gaurav Wasan, the YouTuber. The Delhi police had initiated a preliminary investigation based on the complaint. He was charged for cheating and misappropriation of funds.

The YouTuber had approached the complainant in the month of October. He shot a video of his food stall for promoting his business in social media. The video featured the complainant’s financial difficulties during the lockdown and the video became viral. Many people donated money to help the Dhaba owner. The YouTuber has shared his bank details and mobile number for donation and collected a huge amount of money and later cheated the complainant.