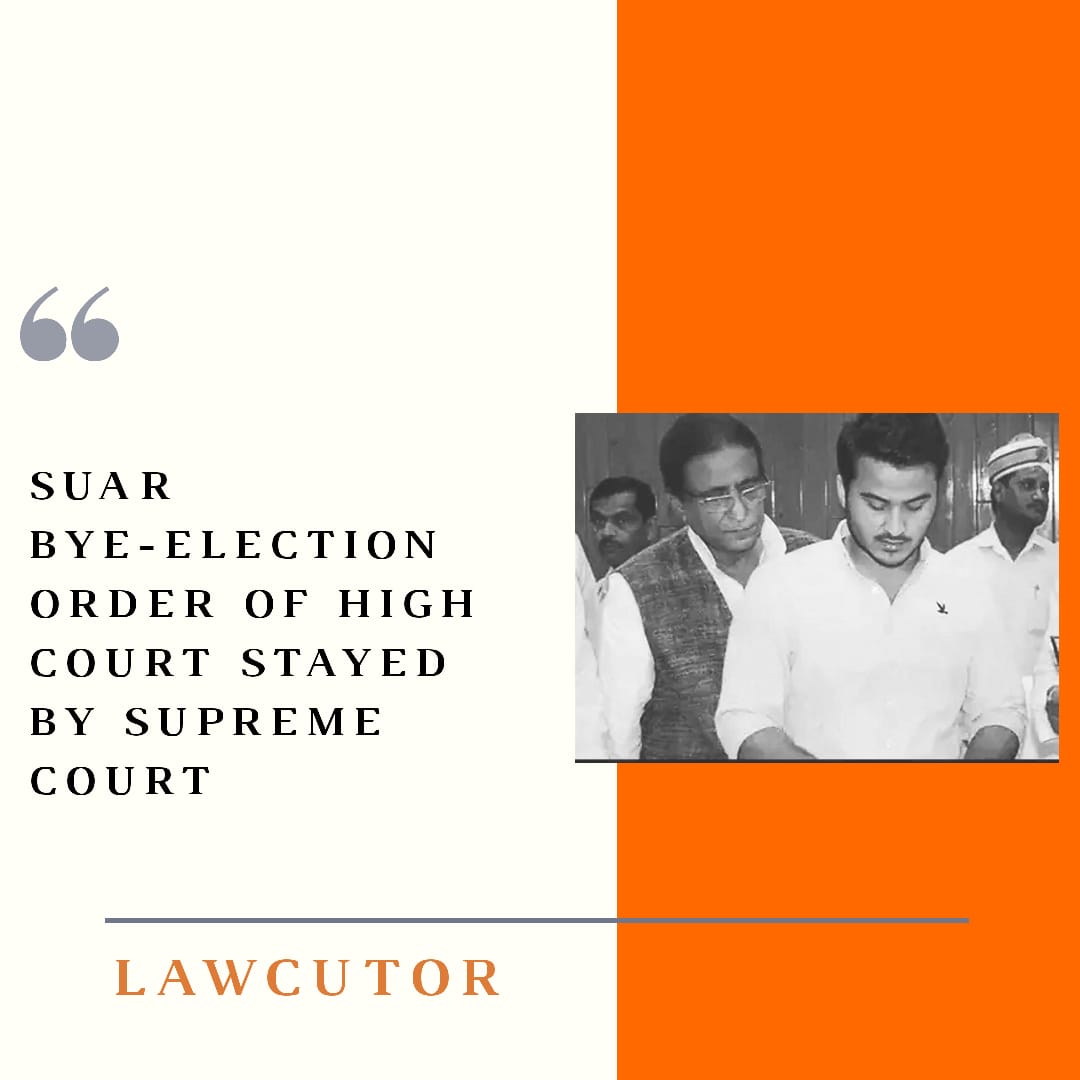 The Court refused to stay the High Court’s decision to cancel the election. The High Court had quashed Abdullah Azam Khan’s legislature saying that in 2017, his age was below the age of 25 years for contesting elections.

Abdullah Azam Khan had approached the Supreme Court against this decision. Nawab Kazim Ali, the Bahujan Samaj Party candidate, had filed an Application against Abdullah’s election. Ali in his Petition Accused Abdullah of contesting elections with the help of fake documents. According to Ali, Khan has two documents of birth