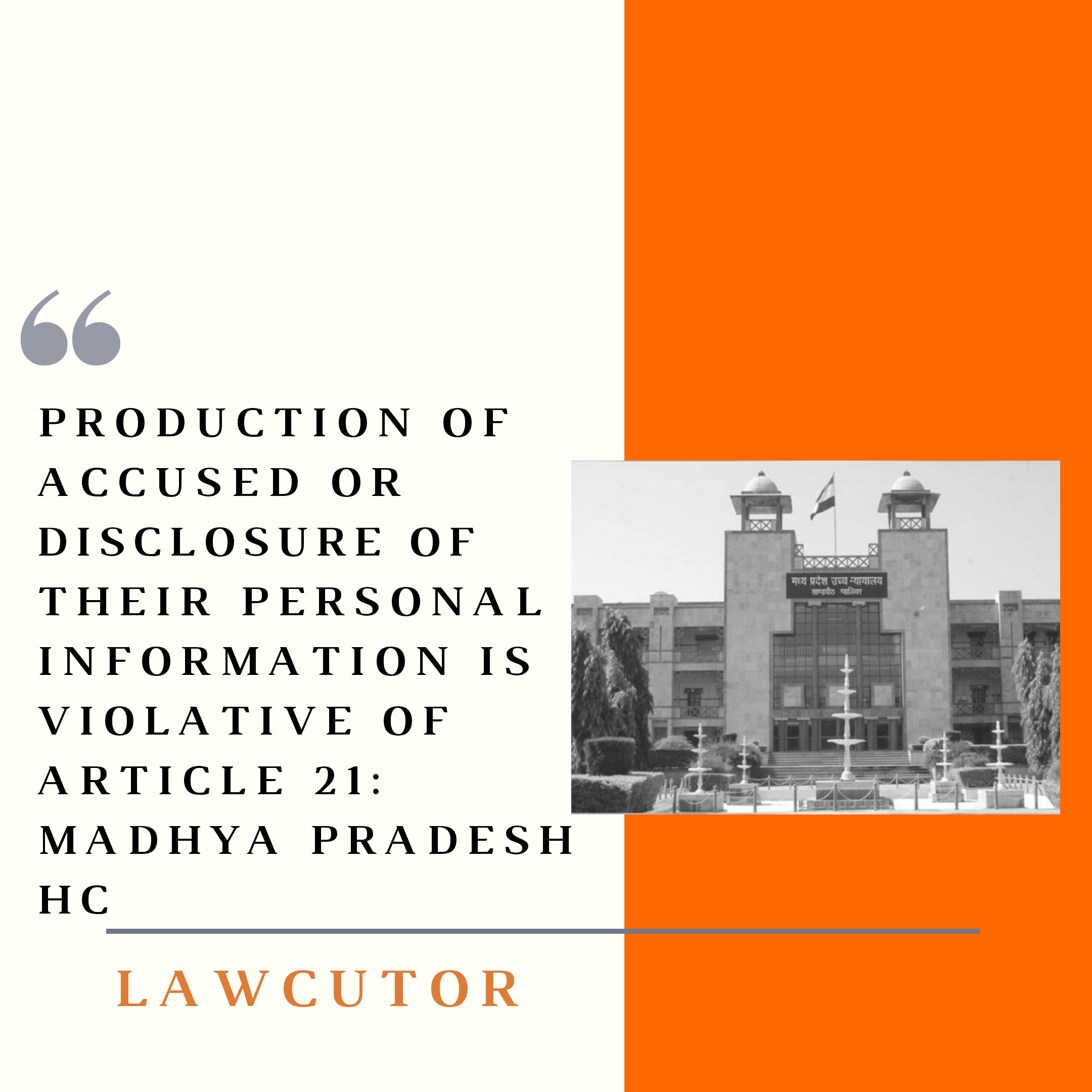 Court was examining as to whether the State Govt. by issuing an executive instruction, can violate the privacy rights of the accused by publishing their uncovered faces in newspaper/ media or by parading them in Society?

A petition was filed by the petitioner stating that his pictures were in police custody which were then made viral on social media affecting their image.

“Clause 6 A of the circular dated 2-1-2014 issued by the Director-General of Police states that the suspect/accused should not be produced before the Media”, but at the same time, in clause 8, liberty has been granted to produce the suspect as well as a victim before the media after the recording of the police statement.

Further, “Clause 6B of the circular prohibits the display of photographs of an accused till the Test Identification Parade is conducted.”

Counsel for the State could not justify the rationale behind the liberty of producing the accused or victim before the media, as well as the display of photographs as mentioned in Clause 6B.

In this Context, the Court said,

The court relyed on Mehmood Nayyar Azam Vs. State of Chhatisgarh (2012) 8 SCC 1, K.S. Puttaswamy (Privacy 9 J.), K.S. Puttaswamy (Aadhaar-5 J.), Prithipal Singh v. State of Punjab (2012) 1 SCC 10, Kishore Samrite v. State of U.P. (2013) 2 SCC 398, People’s Union for Civil Liberties (PUCL) v. Union of India, (1997) 1 SCC 301. The court remarked that even if a person is a hardcore criminal, but still his details/history sheet/surveillance has to be kept discreet and there is no question of posting the photographs of history sheeters even at police stations.

Article 21 of the Constitution of India and cannot be infringed, unless and until a restriction is imposed by or under the authority of law and such restriction should be reasonable having nexus with the object sought to be achieved.

“The publication of photographs of suspects whether with covered or uncovered faces shall also not be done under any circumstances. Any information to the media with regard to progress in the investigation shall be shared only after the same is duly approved by the Superintendent of Police of the concerning District”, the Court said.

In WP No.13057/2020 Arun Sharma vs. State of M.P. the court was of the opinion that the privacy of the accused can not be violated by the police by displaying their pictures in media.

The Superintendent of Police, Gwalior has been directed to appear through video conferencing on 9-11-2020.