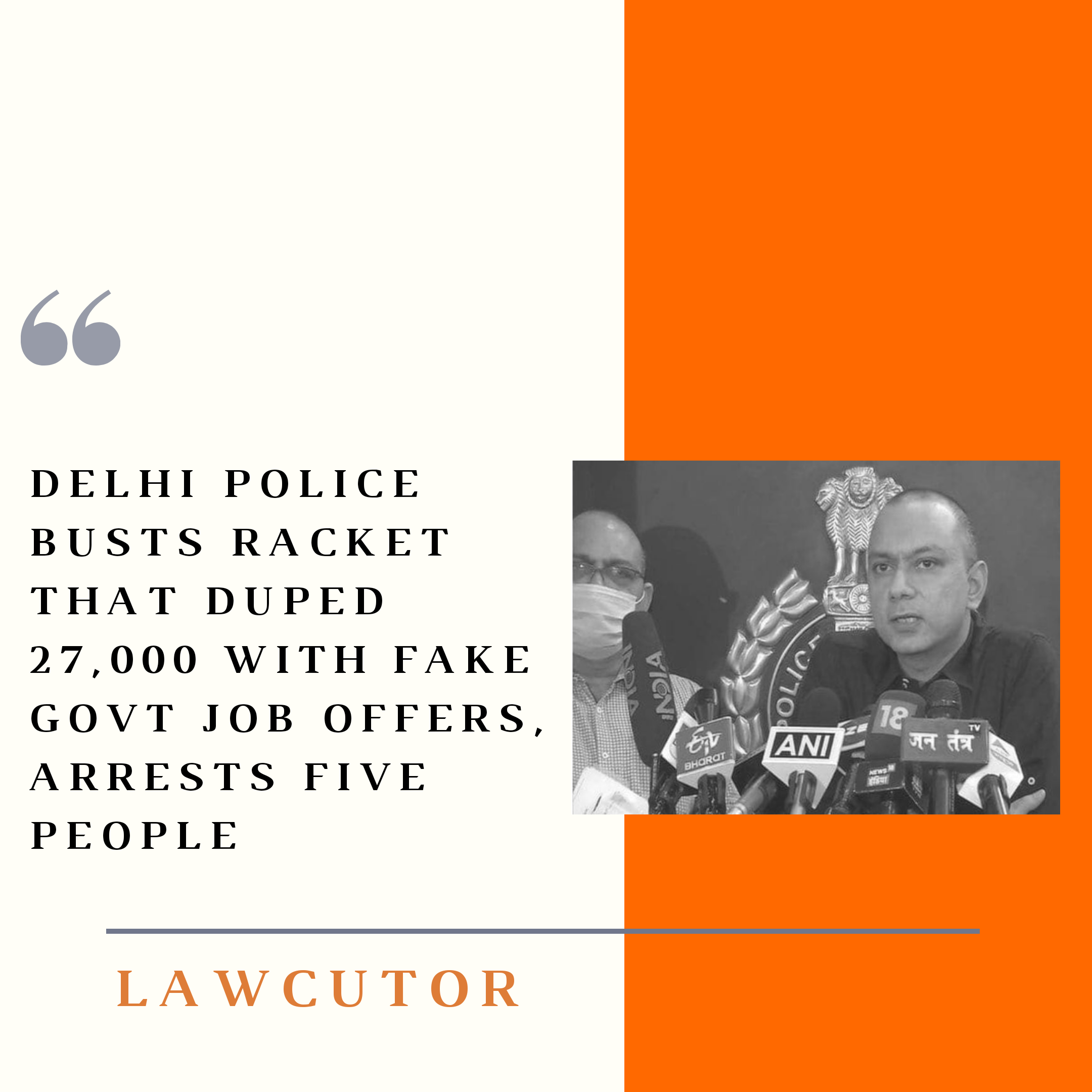 More than 13,000 jobs ranging from Accountant, UDC, LDC, ANM, Lab Attendant, Ambulance Driver were posted on the fake website. Job seekers paid around Rs 400 to Rs 500 as fees for applying to the advertised jobs.The Cyber Crime Cell of Delhi Police (CyPAD) on Thursday busted a job racket and arrested five persons who allegedly duped over 27,000 people after promising them government jobs through a fake website. Total three laptops and seven phones were recovered from the accused and the police have also frozen a bank account with Rs 49 lakh. Addressing the media, CyPAD Deputy Commissioner of Police (DCP), Anyesh Roy said, “The gang made fake government website under the name of Ministry of Health and Family Welfare and offered over 13,000 jobs.” After a preliminary probe, a case of cheating and forgery was registered and an investigation was taken up. The Cyber Cell said, “On the basis of technical investigation conducted, the masterminds operating the fake website were identified and located in Hisar, Haryana.”

During the investigation, it was revealed that the website had duped thousands of gullible job seekers and the gang members were siphoning the money from ATMs in Hisar. The accused has sent more than 15 lakh SMSs till now, due to which over 27,000 people became victims to the scam.