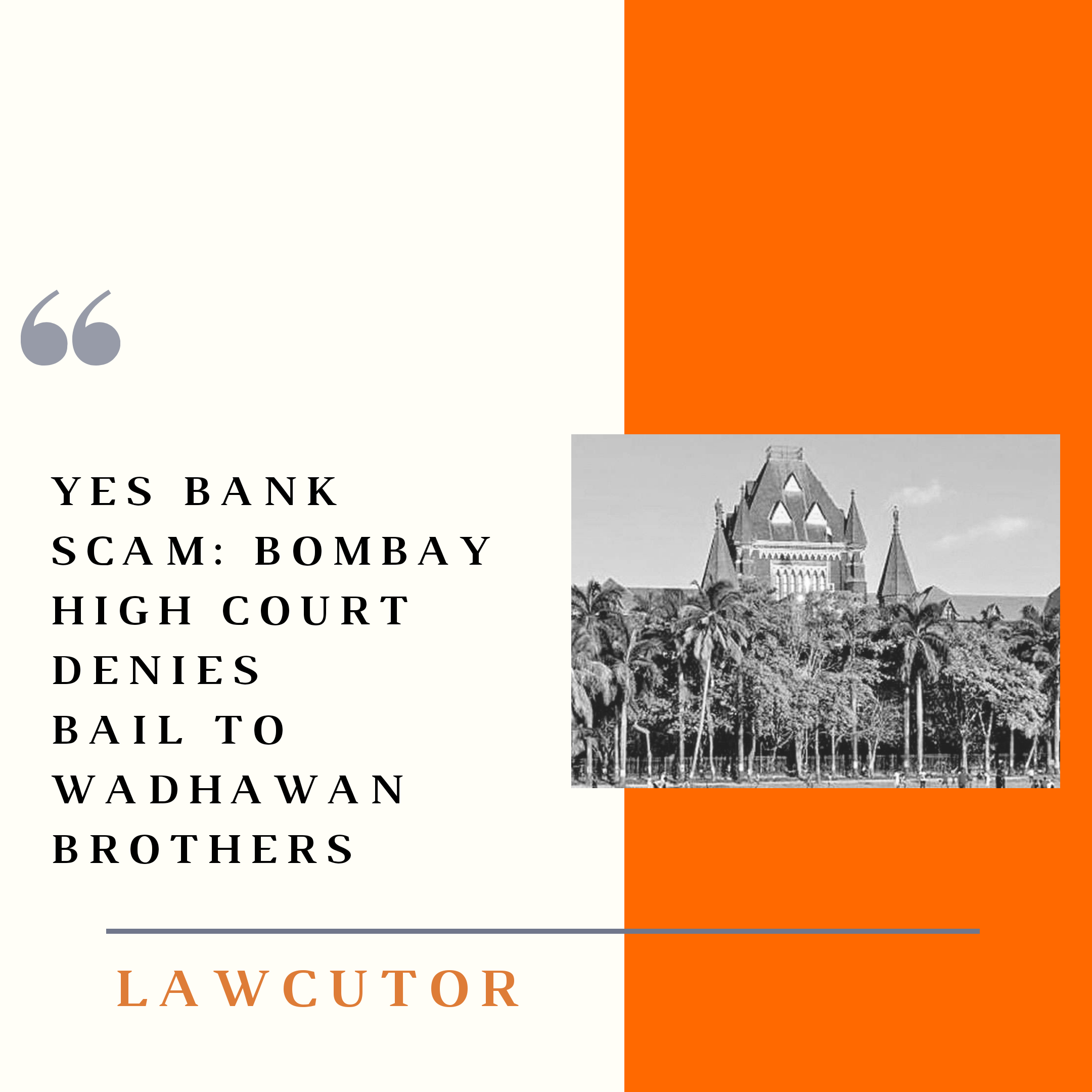 The Bombay High court has denied the Bail request of the promoters of DHFL, accused in the YES Bank scam case.

This order has been passed by a single judge Bench, who had given this order after hearing the bail applications filed by the accused.

the Wadhawan Brothers have filed these applications by giving the cause that CBI has not filed the charge-sheet in accordance with the requirements under CrPC, in the special CBI court. it was stated in the application that the charge sheet doesn’t contain enough evidence to prove all the charges against them.

ASG on behalf of CBI stated that all the procedures have been followed and Charge sheet has been filed in compliance with the requirements under Crpc.