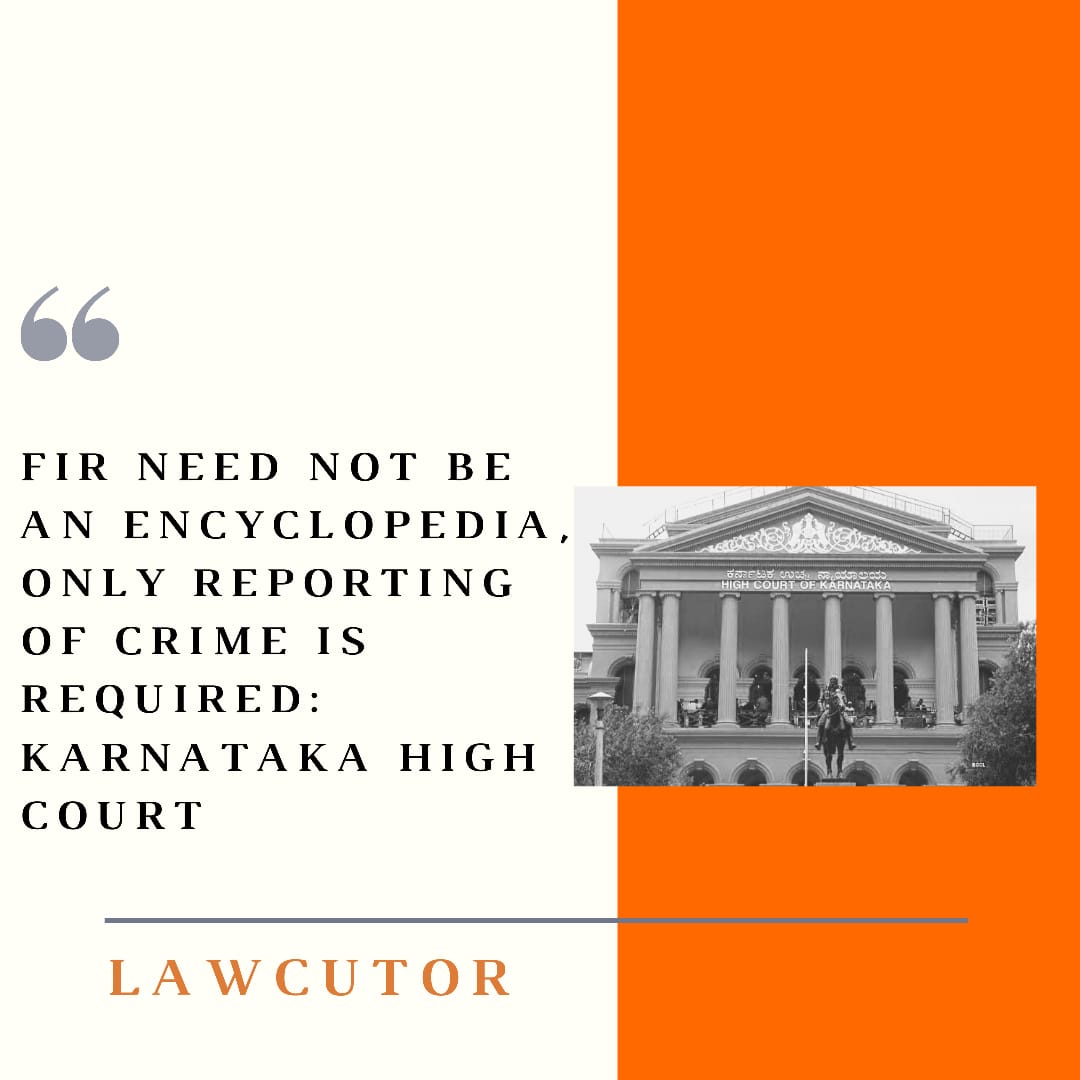 On November 20, 2018, the sister of the deceased (Keshava) reported to the police that her brother-in-law Govindaraju informed her that Keshava had been assaulted near Hennur Bande. She went to that place immediately and saw the dead body of her brother.

At that time, she came to know that about 3-4 persons had caused the death of Keshava by assaulting him with deadly weapons. On the basis of this information, an FIR was registered by the police. Based on the same, the petitioner and a few others were arrested.

Seeking bail before the High Court, the petitioner’s counsel argued that the FIR does not disclose the names of the assailants, much less the name of the petitioner.

Nothing prevented the eye witnesses from reporting the incident directly to the police. For this reason they cannot be believed to be eyewitnesses and there was no prima facie case against the petitioner, it was argued.

Opposing the grant of bail, the High Court Government Pleader submitted that the fact that the eye witnesses did not inform the police of the incident cannot be a ground to conclude that there was no prima facie case. Adding on, he stated that a knife used for committing the crime had been seized from the petitioner.

At this point, the Court firstly opined that if the sister of the deceased had given information about the killing of her brother without mentioning the names of the assailants, the same cannot be a ground for disbelieving the FIR.

The Bench further observed that the statements of the witnesses could not be disregarded at this stage, as they gave a detailed account of the crime that took place.

Futher noting that the knife used in the crime had been recovered, the Bench denied the petitioner’s bail application.