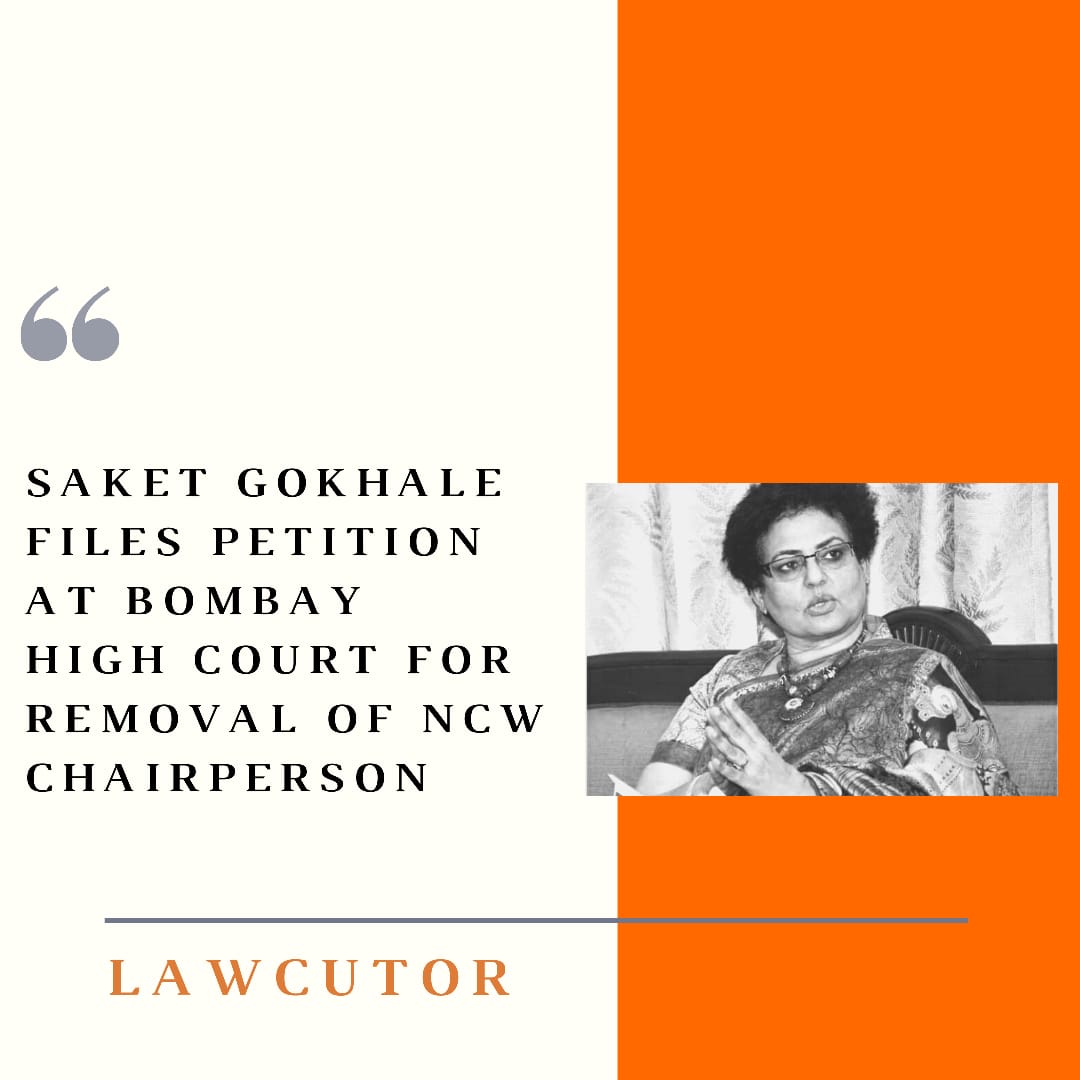 RTI Activist Saket Gokhale has moved the Bombay High Court seeking directions to the Ministry of Women & Child Development for removal of Ms. Rekha Sharma as the Chairperson of the National Commission for Women.

The petition was filed in the backdrop of comments made by Ms. Sharma promoting anti-Muslim theory “love jihad. The petition states that her comments are blatantly communal and divisive discourse. It also contends that there is no term called “love jihad” that exists under extant Indian laws.

The petition submits that the comments made by Ms. Sharma cast aspersions on her ability to act in a non-partisan secular manner and are violative of rights under Articles 14, 21, and 25 of the Constitution. She must be removed from the office of Chairperson I exercise of powers under Section 4. (3)(d) of the National Commission of Women Act, 1990.