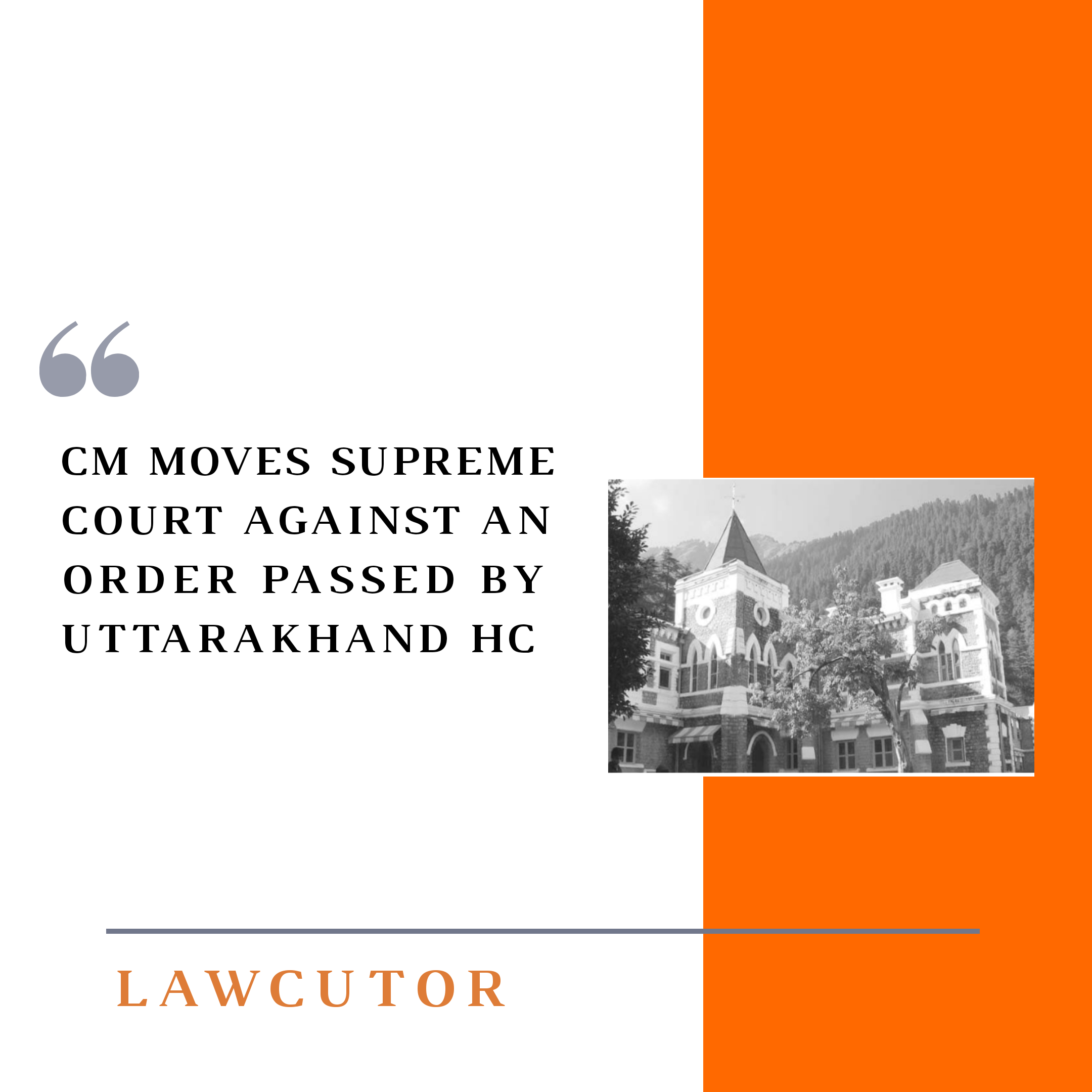 On 27 Oct, the Uttarakhand High Court directed the Central Bureau of Investigation (CBI) to start a probe against Uttarakhand Chief Minister Trivendra Singh Rawat on a bribe allegation which was made by two journalists. Today, the Chief Minister moved the Supreme Court, challenging the HC order.

The allegation made by the two journalists was about a bribe case that the chief minister and his associates . The allegations were made in a report they had uploaded on a social media platform. The immediate response from the government was an FIR in their names. The journalists then moved the high court for the quashing of the FIR.

The journalists had not sought any direction for the CBI probe, but the judge, made reference a case in which it was decreed that an order passed in absence of a challenge was held valid, ordered the probe.

The high court judge passed the order, asking-” should this Court let the allegations levelled by the petitioner also sink in the memory of the people without them being investigated or should the Court suo motu take some action to get the matter investigated so as to clear the air ?”

The bench while quashing the FIRs filed against the journalists, directed the Superintendent of Police, CBI Dehradun to register an FIR on the basis of the allegations and investigate the case in accordance with the law, promptly.