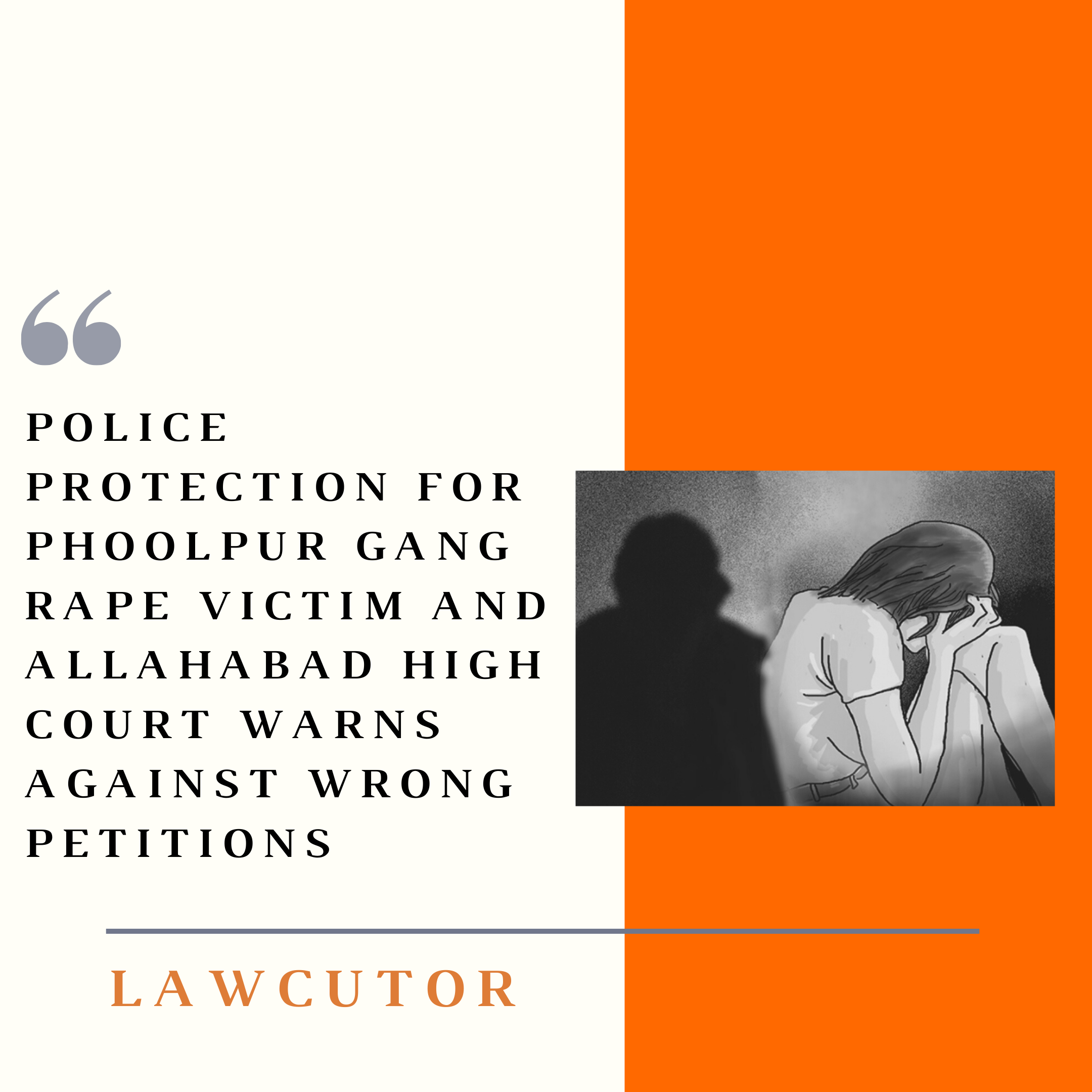 The Allahabad High Court has directed to give protection to the victim of Phoolpur gang rape and her family. Crime against women, especially in cases of rape and sexual assault, the FIR should be filed immediately and the strict action should be taken. The court directed the SSP to give protection to the victim as well as to monitor the investigation of the case. The court observed that the complaint of the victim was taken seriously and was not registered for 3 months. For these negligent actions, the government should take strict action against them.

The victim’s mother filed an application that the victim was kept in the police station and was not allowed to meet her family members. So, the court had ordered the victim to appear in court for proceedings. On orders of the High Court, the victim appeared and she also denied any harassment by the police. The court held that the victim’s mother had filed a wrong affidavit. The court did not take any action on her because she is poor and uneducated, the court only gave a warning.