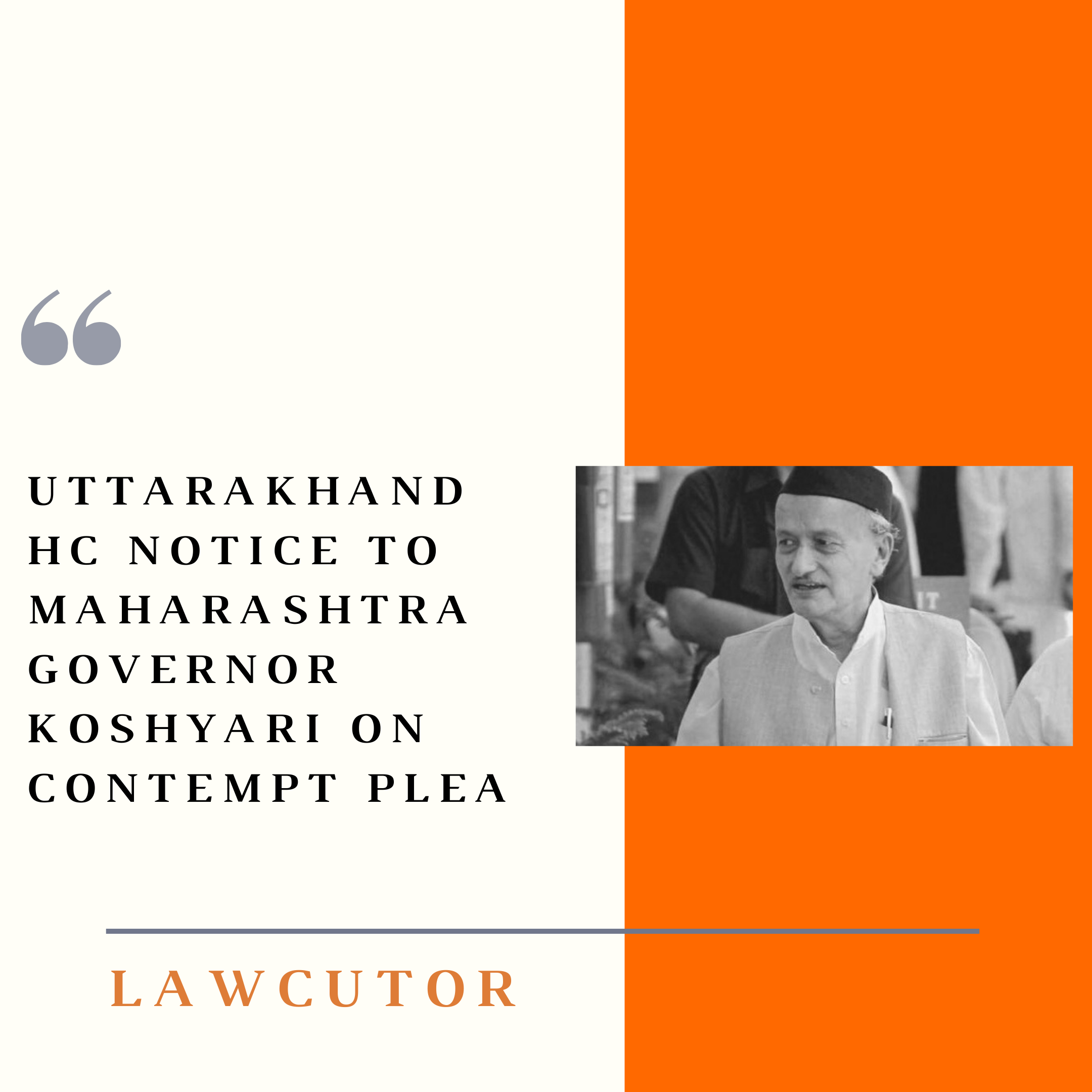 The Uttarakhand High Court on Tuesday sought Maharashtra Governor Bhagat Singh Koshyari’s stand on a plea for starting a contempt proceeding against him for his failure to follow a court order to pay market rent for a government bungalow allocated to him as a former chief minister.
The plea filed by a Dehradun-based NGO, Rural Litigation and Entitlement Kendra, accuses the former chief minister of committing “willful non-compliance” of the court’s May 3, 2019 order which had asked him to pay market rent of the bungalow occupied by him as ex-CM within six months of the direction.

Koshyari has till date not paid the market rent to the government as calculated against him, the petition said.
The petition also accuses the state government of favouring the respondent unlawfully and arbitrarily by passing the Uttarakhand Former Chief Minister Facilities (Residential and other Facilities) Ordinance 2019″ and later enacting a law with the same name to ease him out of his payment obligations.