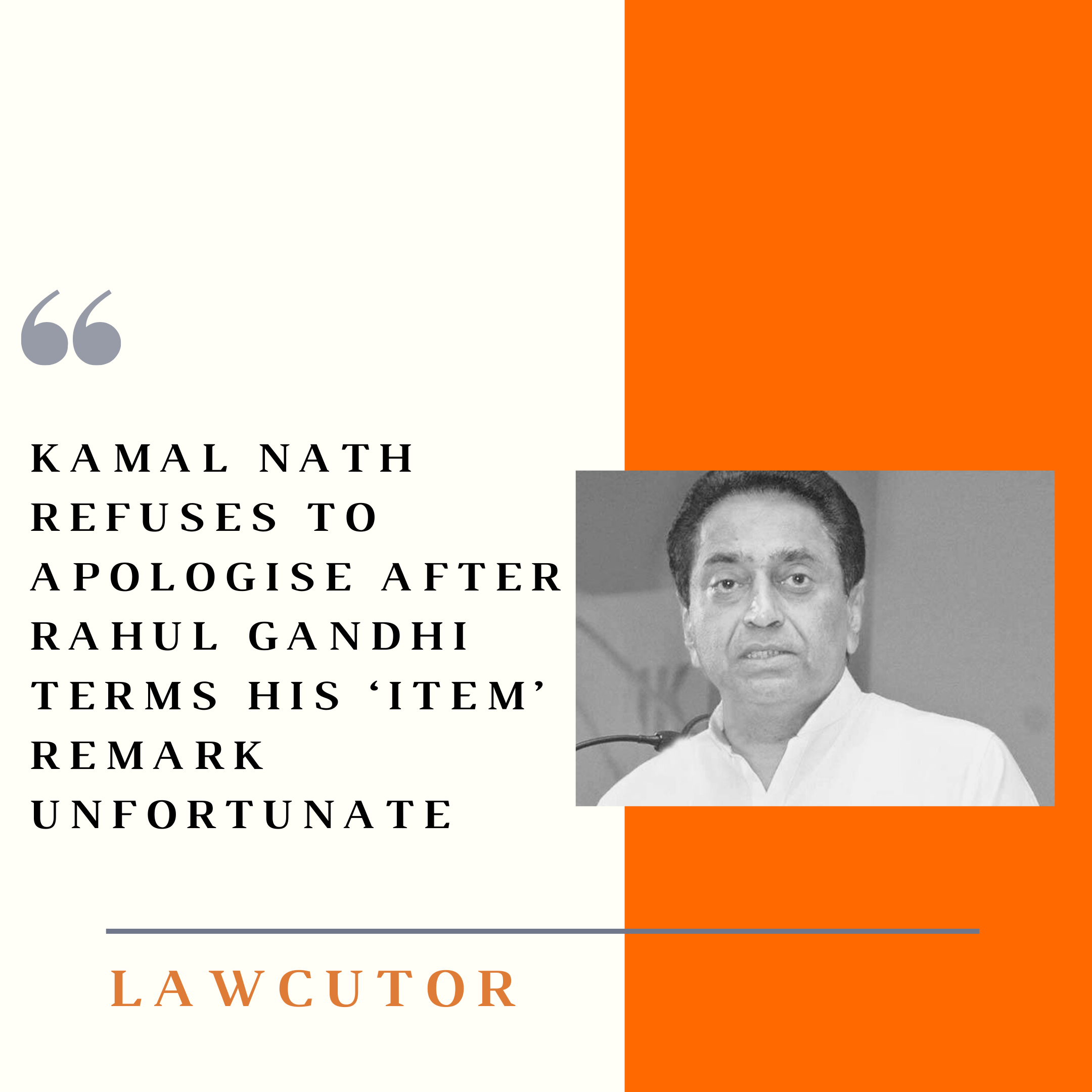 Soon after Congress leader Rahul Gandhi criticised Kamal Nath over his ‘ítem’ remark aimed at BJP leader Imarti Devi, the former Madhya Pradesh CM refused to apologise saying, he has already clarified the context in which he had made those comments.

Responding to questions over Rahul Gandhi’s criticism, Kamal Nath said, “It is Rahul Gandhi’s opinion. I have already clarified the context in which I made that statement… Why should I apologise when I did not intend to insult anyone? If anyone felt insulted, I have already expressed regret.”

While campaigning in Dabra (Reserve) Assembly segment in Gwalior district on Sunday ahead of the bypolls to the 28 seats of Madhya Pradesh Vidhan Sabha, Kamal Nath had used ‘item’ word for Imarti Devi, who is the BJP candidate from the seat.

Imarti Devi had been a minister in Kamal Nath’s cabinet before it collapsed in March this year. She was among the 22 MLAs who quit the party to support Jyotiraditya Scindia.