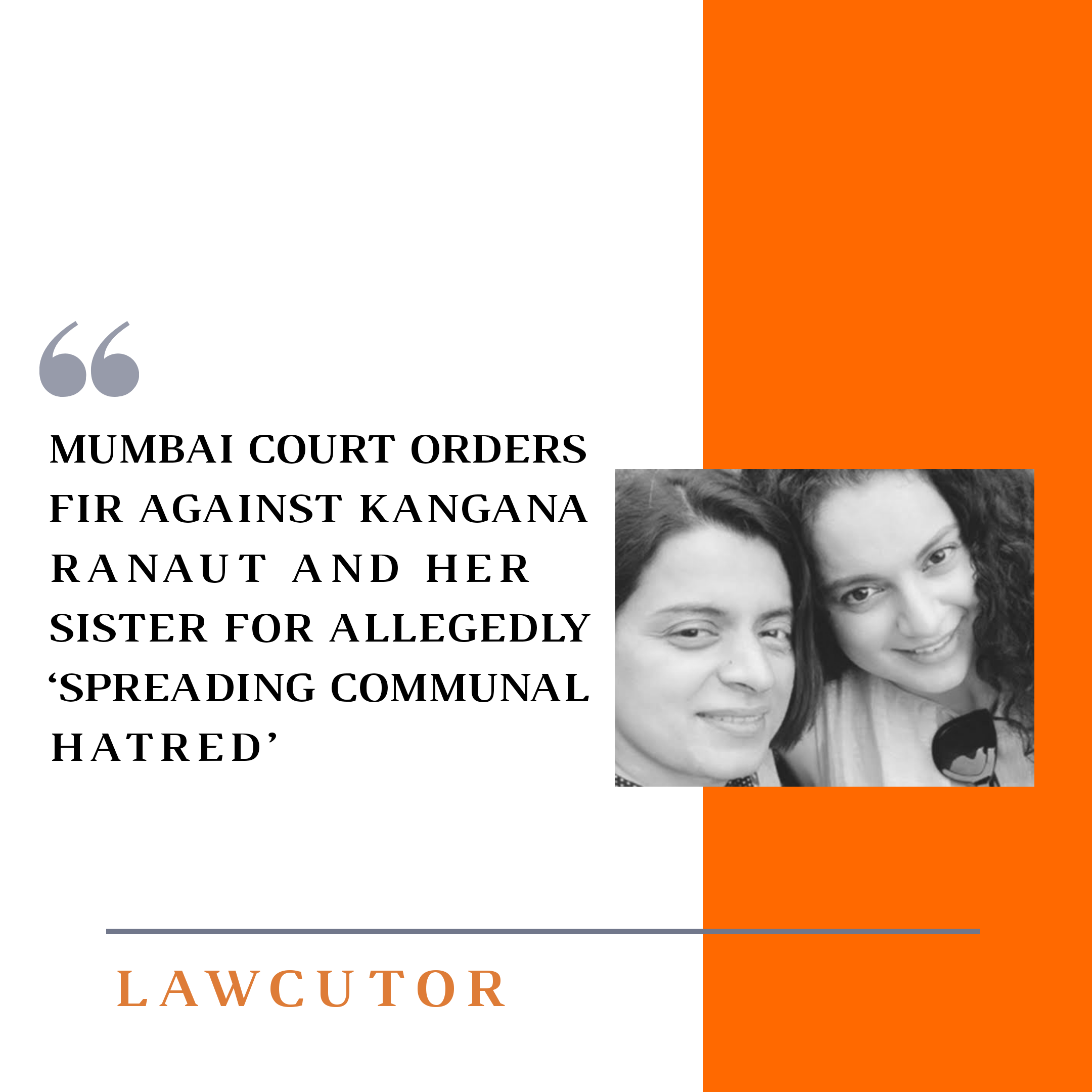 The Bandra Metropolitan Magistrate’s Court today ordered an FIR against actor Kangana Ranaut and her sister Rangoli Chandel. The FIR was ordered after a private complaint was filed stating that Ranaut was “creating divisions between communities and spreading communal hatred.”
This is the second FIR against the star for her tweets, the first FIR being registered in Bengaluru.
Magistrate Jaydeo Ghule passed the order on a complaint by casting director and fitness trainer Munnawarali Sayyed in which he said that the sisters should be booked under various sections of the Indian Penal Code, 153A (Promoting enmity between different groups), 295A (Deliberate and malicious act to outrage religious feelings of any class by insulting their religion) and 124A Sedition.
Jaydeo Khule said in his order: “On prima facie perusal of complaint and submissions… I found the cognizable offence has been committed by the accused. Total allegations are based upon comment on electronic media — Twitter and interviews. The accused used social media like Twitter. The thorough investigation is necessary by the expert… search and seizure is necessary in this case.”