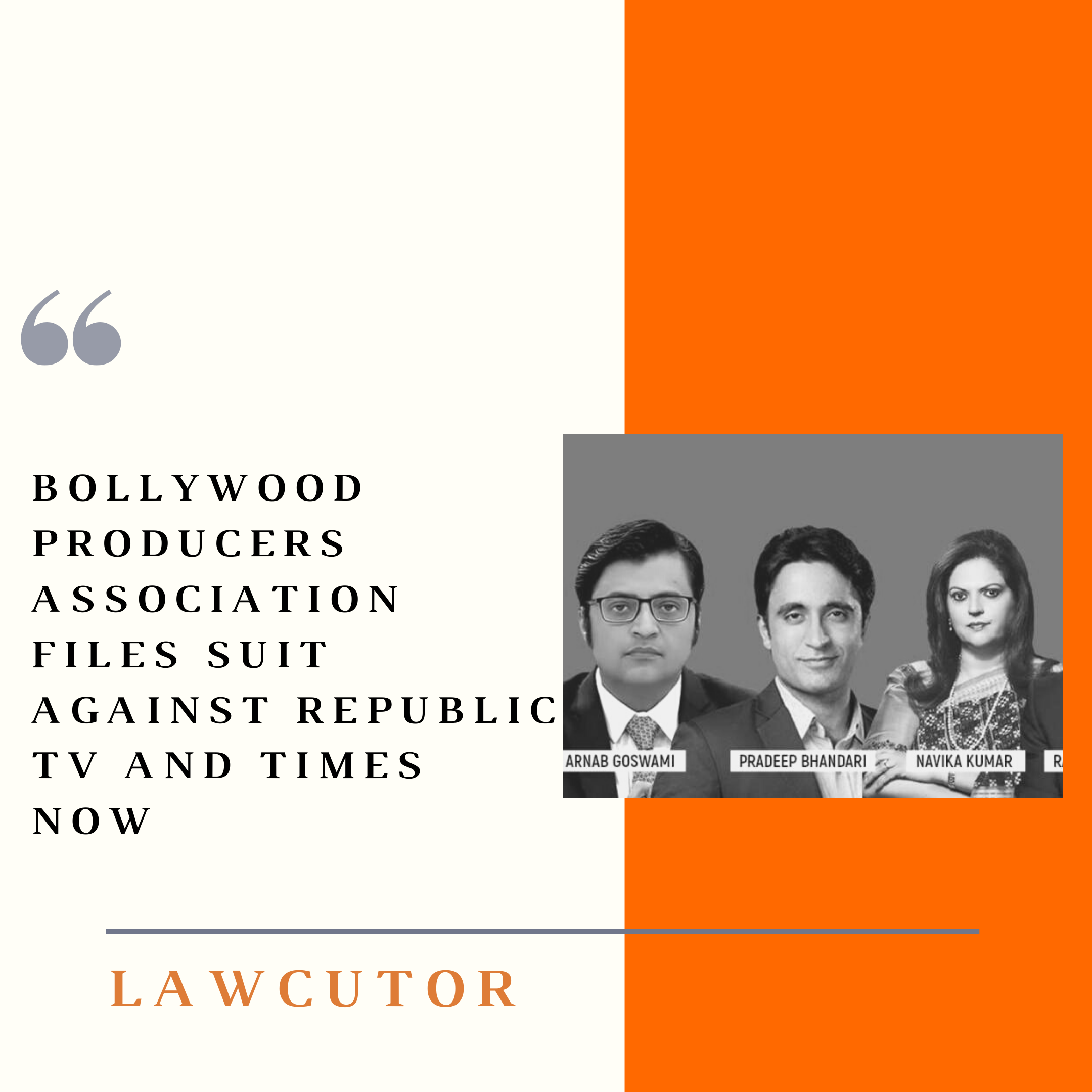 A civil defamation suit has been filed by the Bollywood Producers association against news channels Republic TV and Times Now which also includes social media platforms Twitter, Facebook, Youtube and Google. The petitioners contend that the respondents and similar unnamed television channels and media houses have indulged in a “smear campaign” against bollywood.

The 1069-page suit pending before the Delhi High Court is another one in the series of suits concerning journalism, earlier PILs were also filed in the Bombay High Court against the many media trials that have taken place since actor Sushant Singh Rajput’s death.

Besides the right to a fair trial being infringed, the other contentions include the violation of Bollywood celebrities’ right to privacy, irresponsible reportage that goes against the Programme code of Cable Television Rules and significant risks caused to the personal safety of well-known personalities. The suit clarifies that the arguments for the damage caused to Bollywood’s reputation and worth is to seek directions for ethical journalism and not a blanket ban on reporting events.