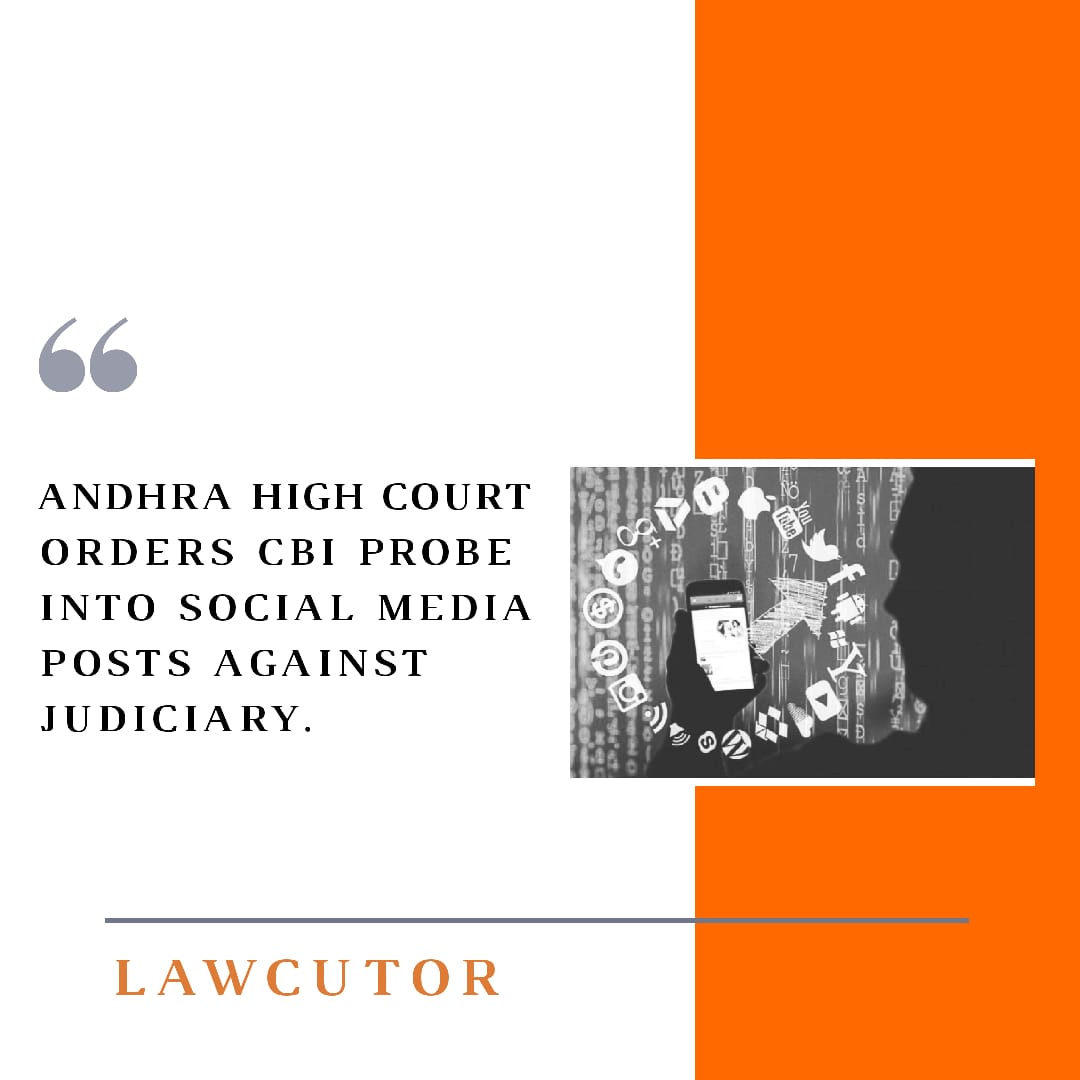 The Andhra Pradesh High Court yesterday directed the Central Bureau of Investigation (CBI) to probe social media posts against judges and the judiciary. The high court asked the CBI to examine whether the attacks on the judiciary were made as a result of a larger conspiracy and if so, take appropriate action against the culprits, irrespective of the post and position.

The judges gave liberty to the CBI to register a fresh FIR, if necessary, directing the high court registry to hand over all material, including the writ petition to the CBI.

The court stated that the circumstances under which the judges were targeted needed to be investigated thoroughly, as such personal attacks were an affront to the judicial wing of democracy.

The court also wanted the CBI to take steps to remove the alleged derogatory social media posts and block the users as per the law, directing the CBI to submit a report of the probe in a sealed cover within eight weeks.