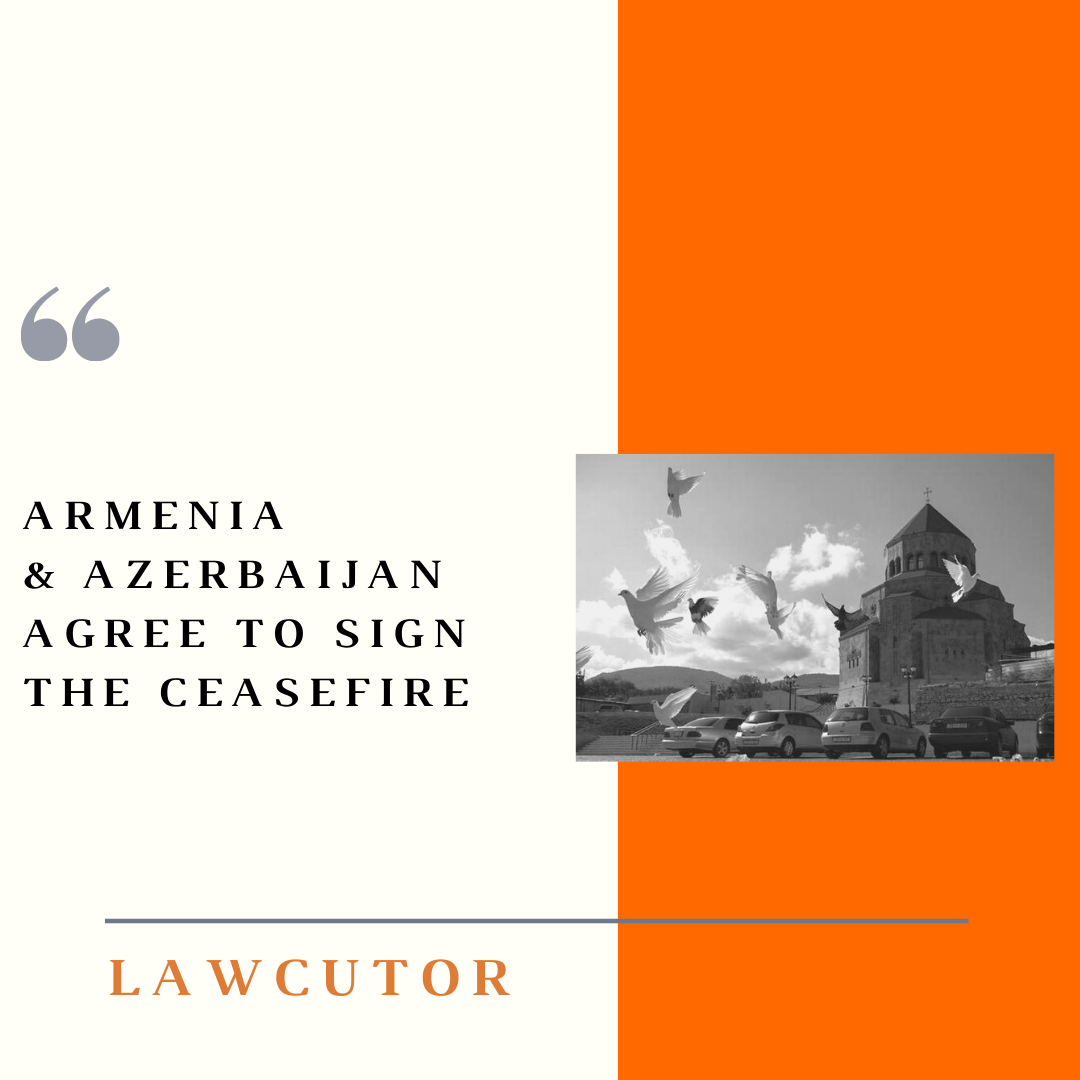 Officials from Armenia and Azerbaijan have come to a mutual agreement with regarding to the ceasefire proposed in order to stop the conflict between the two nations after having negotiations on Friday. The ceasefire would be signed the following day at Nagorno-Karbakh.

The outburst which started from 27th September left many people dead or injured of both the countries. Nagorno-Karbakh which is in Azerbaijan was dominantly under the Armenian forces since 1994, after the end of the separatist war. The negotiations took place in the presence of the Russian president Vladimir Putin.

With respect to the terms of the ceasefire, both the countries stated that the agreement is intended to exchange prisoners and recover the dead, which was followed by negotiations for over 10 hours in Moscow, sponsored by Russian Foreign Minister Sergey Lavrov.