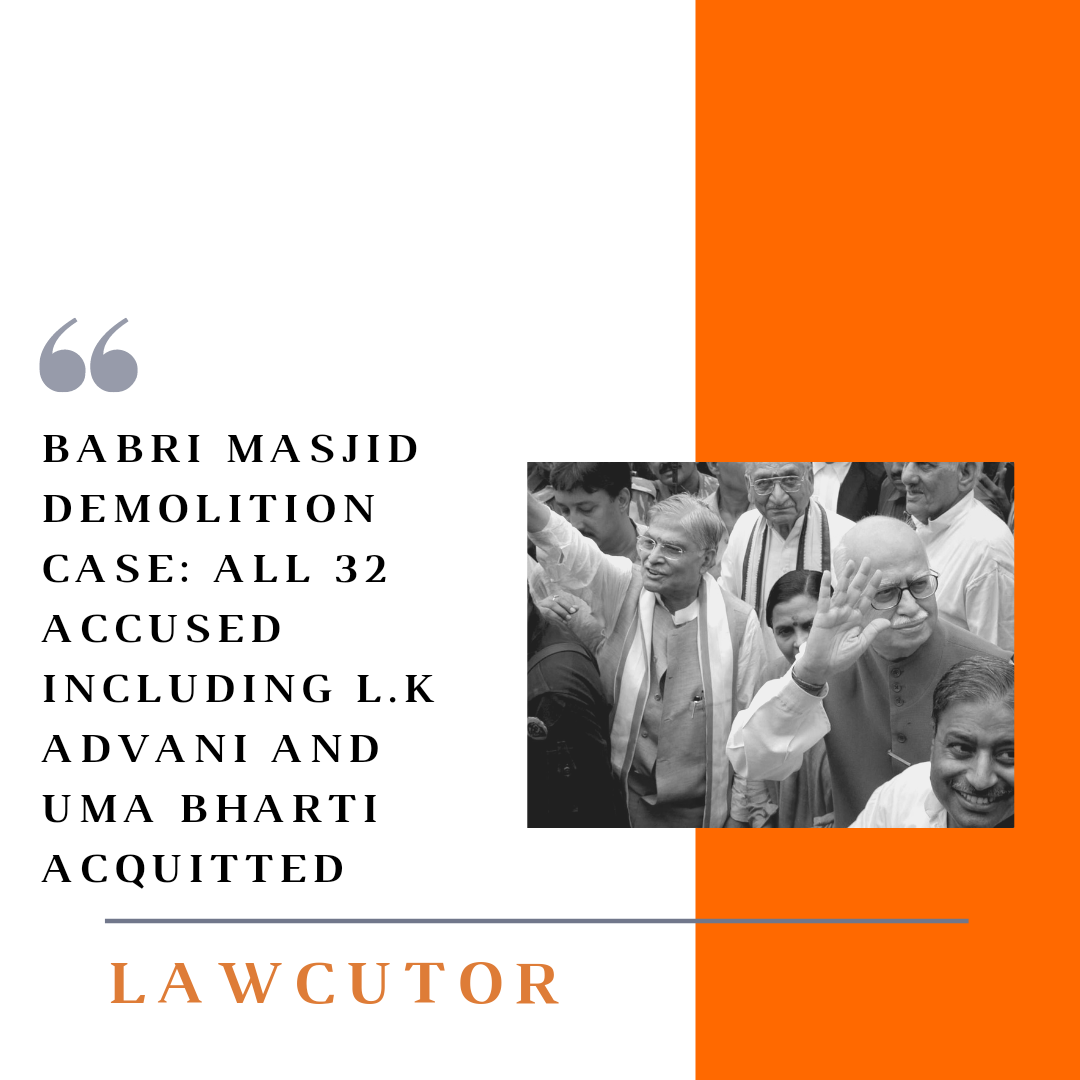 The demolition of the Babri Masjid at Ayodhya took place on December 6, 1992, at the hands of kar sevaks who believed the site to be the birthplace of Lord Ram.

This led to the registration of two separate FIRs, one against unnamed kar sevaks for the demolition of the structure, and the other against eight BJP leaders for instigating the demolition of the structure. The case was later transferred to a Special CBI Court.
However, the accused had pleaded innocence maintaining that there is no evidence to prove their guilt and claimed they were implicated by the then Congress government at the Centre as a political vendetta.