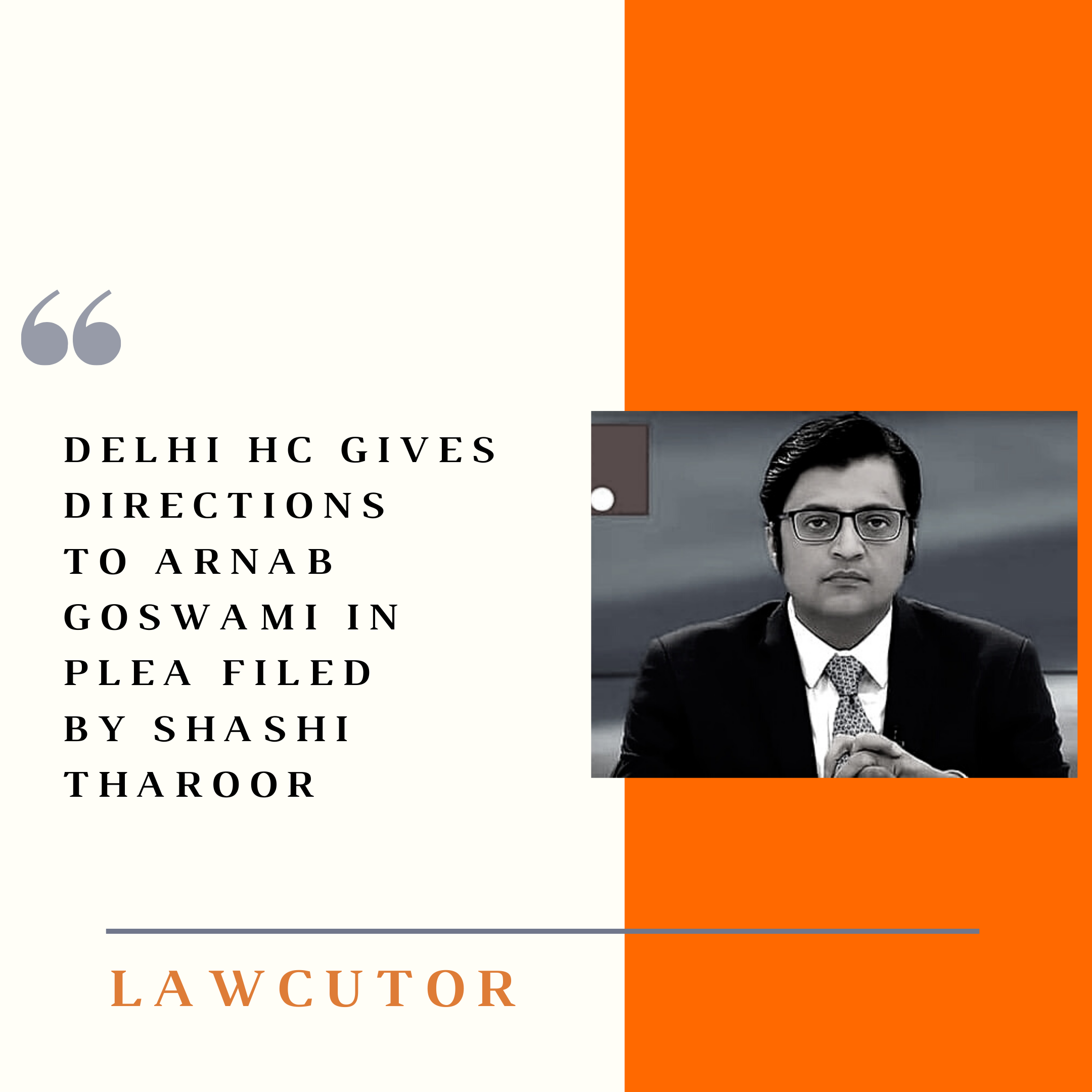 Shashi Tharoor has filed a plea in the Delhi High Court against the derogatory statements made by Republic TV host, Arnab Goswami, with respect to Sunanda Pushkar’s case.

While the plea seeking an injunction has not yet been disposed, the court has given interim directions asking the news channel  to refrain from running a parallel media trial. The single judge bench of Justice Mukta Gupta remarked that the “sanctity of the investigation and evidence needs to be respected” in a pending trial.

Chargesheets in the Sunanda Pushkar case state there is no evidence of murder. However, Arnab Goswami contended that there was concrete evidence received from an AIIMS doctor. The court dismissed the contention stating that it is not the job of the media to conduct investigation. The court warned that the non-compliance of the order will lead to consequences. It was also remarked that the press shall exercise extreme caution when reporting matters of criminal cases that are still under investigation.

It was also pointed out that Arnab Goswami had received a similar direction early in 2017 too. The restraining order applies till the next hearing.