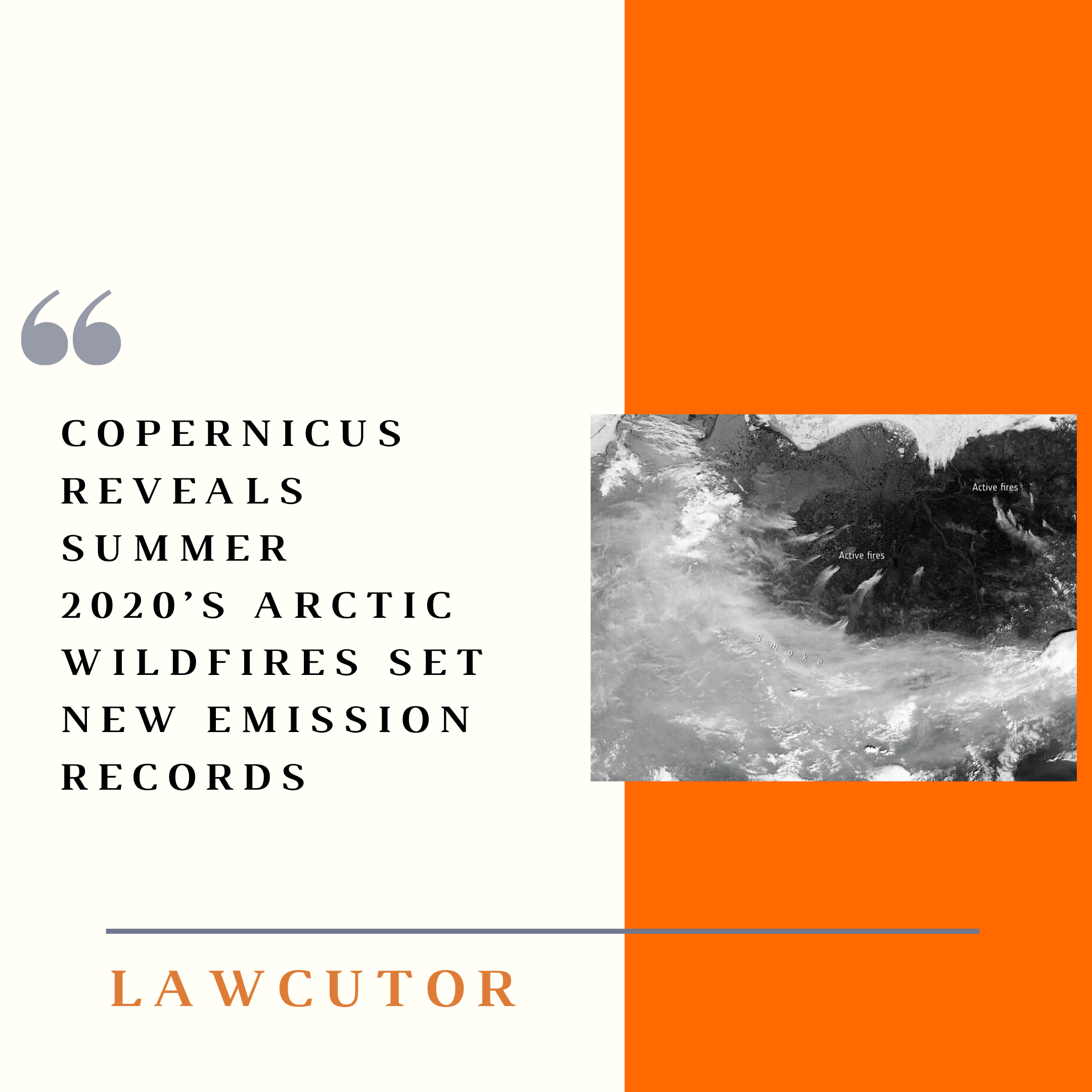 The scientists at Copernicus Atmosphere Monitoring Service (CAMS) have monitor daily wildfire activity across the globe and has said that the summer of wildfires raging across the Arctic Circle have already broken last year’s emission records with smoke plumes covering the equivalent of more than a third of Canada. It has been stated that this year’s CO2 emissions from the Arctic Circle fires have increased by just over a third compared with 2019. From 1st January to 31st August 2020, the estimated CO2 emissions for the region were 244 mega tonnes, compared to 181 mega tonnes for the whole of 2019.

Most of the increased wildfire activity has been seen in Russia’s Sakha Republic, decimating millions of acres of land and creating a large spike in CO2 emissions from 208 mega tonnes in 2019 to 395 mega tonnes in 2020. According to the CAMS GFAS data, while the peak of the Arctic fire season was in July and early August, Sakha Republic and Chukotka still experienced above average daily total wildfire intensity in August. Between June and August, the fires in the Eastern Federal District of Russia emitted a total of approximately 540 mega tonnes of CO2, which surpasses the previous highest total emissions, for the year 2003, in the GFAS dataset.

Meanwhile, a large region of the south-western USA has been experiencing its own wildfire problems due to heat-wave conditions with large plumes of smoke observed moving eastward across the Great Lakes towards the North Atlantic. California, in particular has been experiencing widespread wildfire activity, including the 2nd and 3rd worst fires in state history.