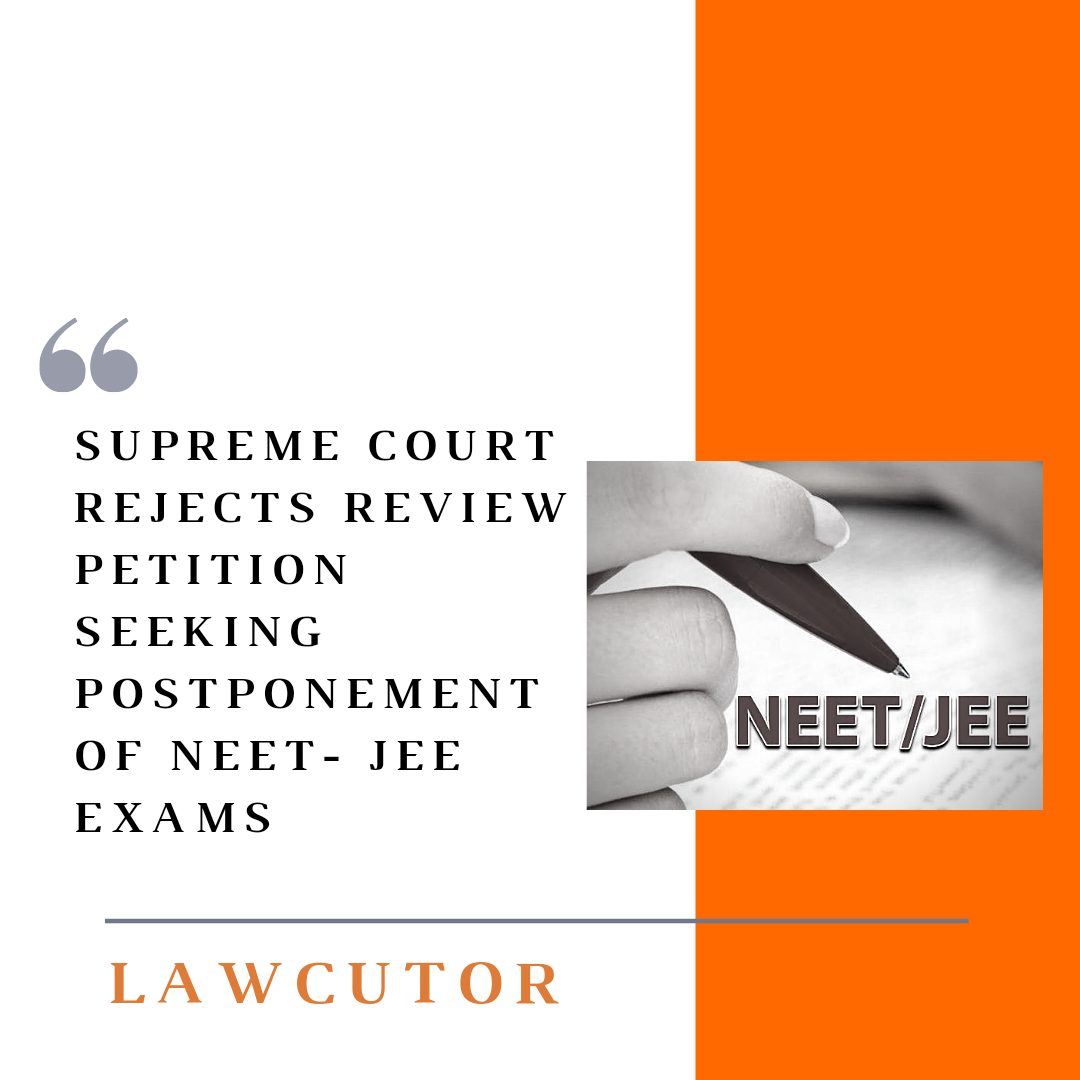 The Bench of Justices Ashok Bhushan, BR Gavai and Krishna Murari noted that there was no merit in the plea, and thus dismissed it. The review plea was heard in-chambers.

The plea was filed by six ministers from the states of West Bengal, Jharkhand, Chhattisgarh, Rajasthan, Punjab and Maharashtra.Later, a minister from Puducherry also filed a plea seeking review.

The plea highlights that 25 lakh students will cumulatively appear for the two exams, even as India records over 3.31 million COVID-19 cases.

With JEE being proposed to be conducted in over 660 exam centres for 9.53 lakh students, roughly 1,443 students will be writing the exam per JEE centre, the plea notes.

Following the August 17 order of the Supreme Court, the National Testing Agency (NTA) on August 25 notified that these entrance exams would be conducted as per the revised schedule, with the NEET taking place on September 13 and the JEE being held from September 1-6.