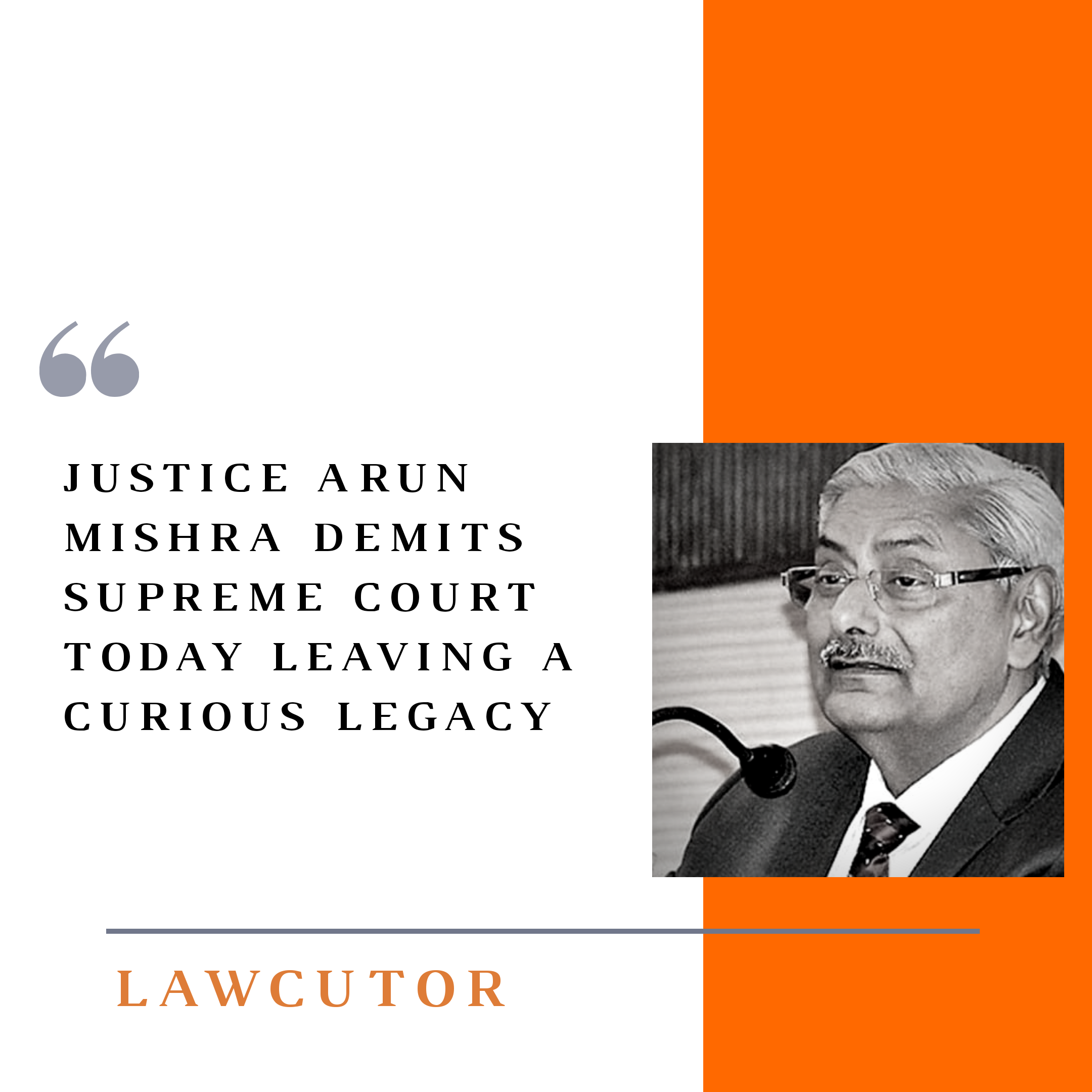 The most recent case was regarding the contempt of court committed by lawyer Prashant Bhushan.

Justice Arun Mishra decided around 1 lakh cases, of which approximately 97,000 cases were as a judge of the high courts of Madhya Pradesh, Rajasthan and Calcutta.

His six-year stint at the supreme court saw far too many controversies for a judge.

He was very clear headed. Justice Mishra’s interpretation of law and command over law was immaculate.

He was involved in Indore development authority case, in which he interpreted the land acquisition act.

His judgements demonstrate how well versed he is in land acquisition law and reflect his in-depth understanding of the practical application of the same.

The land acquisition case had ruffled a few feathers in both the legislature and the judiciary.A Supreme Court bench in 2014 had refused to uphold the validity of land acquisition on the grounds that compensation was deposited in the treasury.

In 2018, there was another three-judge bench, headed by Justice Arun Mishra that took a different position, holding that land acquisition cannot be cancelled.

The three-judge bench gave conflicting rulings and the matter went to a constitution bench.

He was synonymous with controversies. He was outspoken and very bold. He became the chairman of the bar council of India at the age of 42.