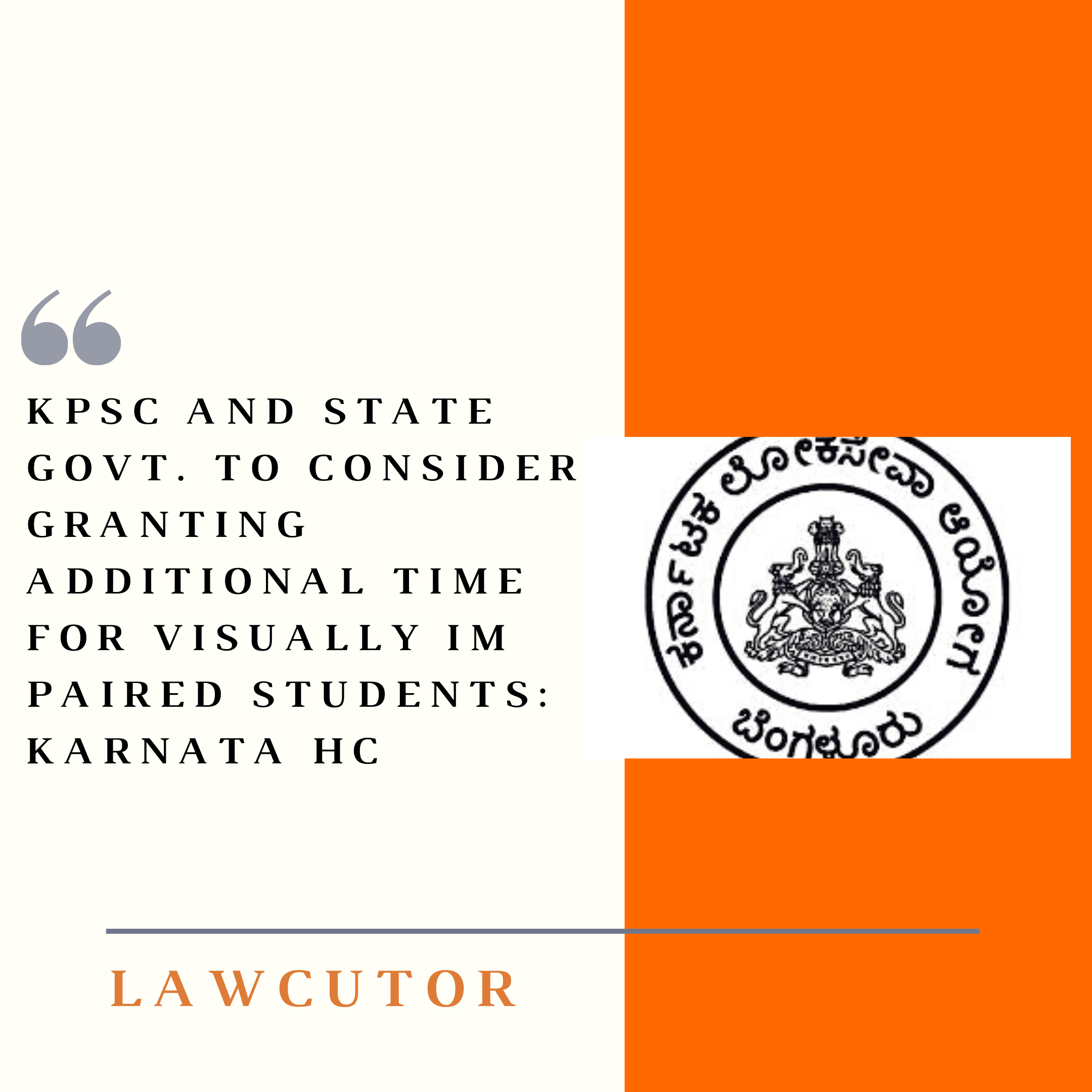 While hearing a petition filed by Senior Advocate Jayna Kothari, appearing for the petitioner, where he submitted that the provisions under the Rights of Persons with Disabilities Act are not being complied with by the Karnataka Public Service Commission (KPSC) and the guidelines the guidelines issued by the state government are not consistent with Central government guidelines issued on August 29, 2018, issued in pursuance to the Act, the division bench of Chief Justice Abhay Shreeniwas Oka and Justice Ashok S. Kinagi directed the respondent to grant additional 20 minutes per hour for visually impaired students for the upcoming KPSC preliminary exams for the post of gazetted probationers, scheduled for August 24, and directed the respondent to explain why the directives issued by the Department of Empowerment of Persons with Disabilities of the Ministry of Social Justice and Empowerment were not being followed.

The Counsel for KPSC, Advocate Reuben Jacob, contented that out of a total of 682 visually impaired applied, only 305 had opted for scribes. The remaining 377 had not utilized the option.

However, the Court observed “that the issue of legality of examination as regards visually impaired candidates will have to be kept open. Also, choice had been exercised by the candidates to opt for scribes way back in January. It is possible that some of the 305 candidates may not be able to procure the presence of scribes due to the situation created by COVID-19. The first respondent as well as the state government will have to take a stand on this.” The bench hasn’t passed any interim order as it will result in postponement of the examination.