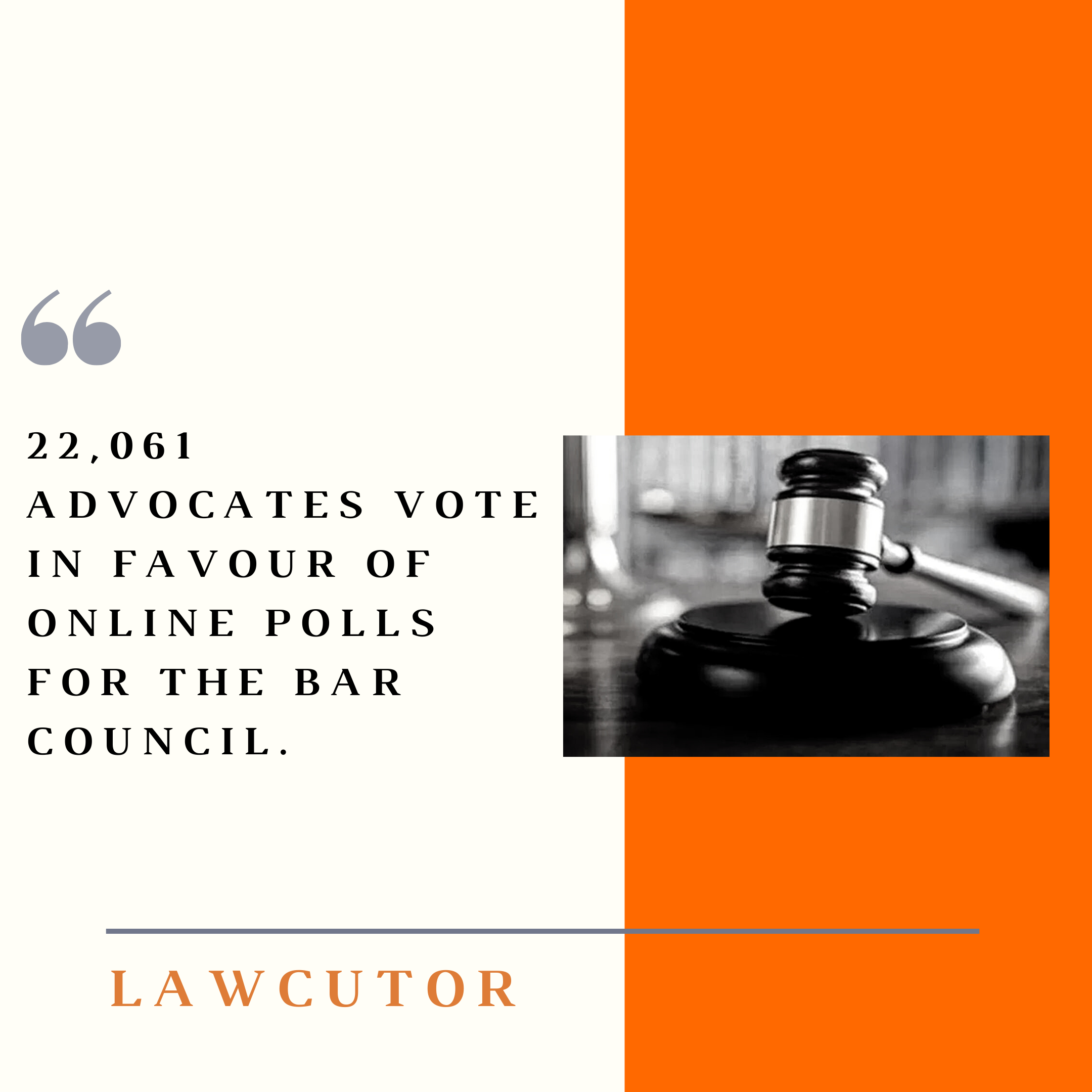 The Bar Council of Punjab and Haryana had also conducted an online survey for opening of Courts and starting physical hearings in Courts across Punjab, Haryana and Chandigarh.

A total of 28,261 advocates exercised their opinion poll, out of which 21,179 advocates favoured that physical hearing in Courts be started and 7,082 were not in favour.

For Constitution of ad-hoc committees at Bar Association level, 19,904 advocates favoured it, whereas 7,857 advocates were not in favour of the constitution of ad-committees. The Bar Council has decided to convey the results of the poll regarding physical hearings to the Chief Justice and the Administrative Committee of Judges of Punjab and Haryana HC. Meanwhile, the Bar Council will hold a General House meeting to chalk out a course of action regarding holding online election.