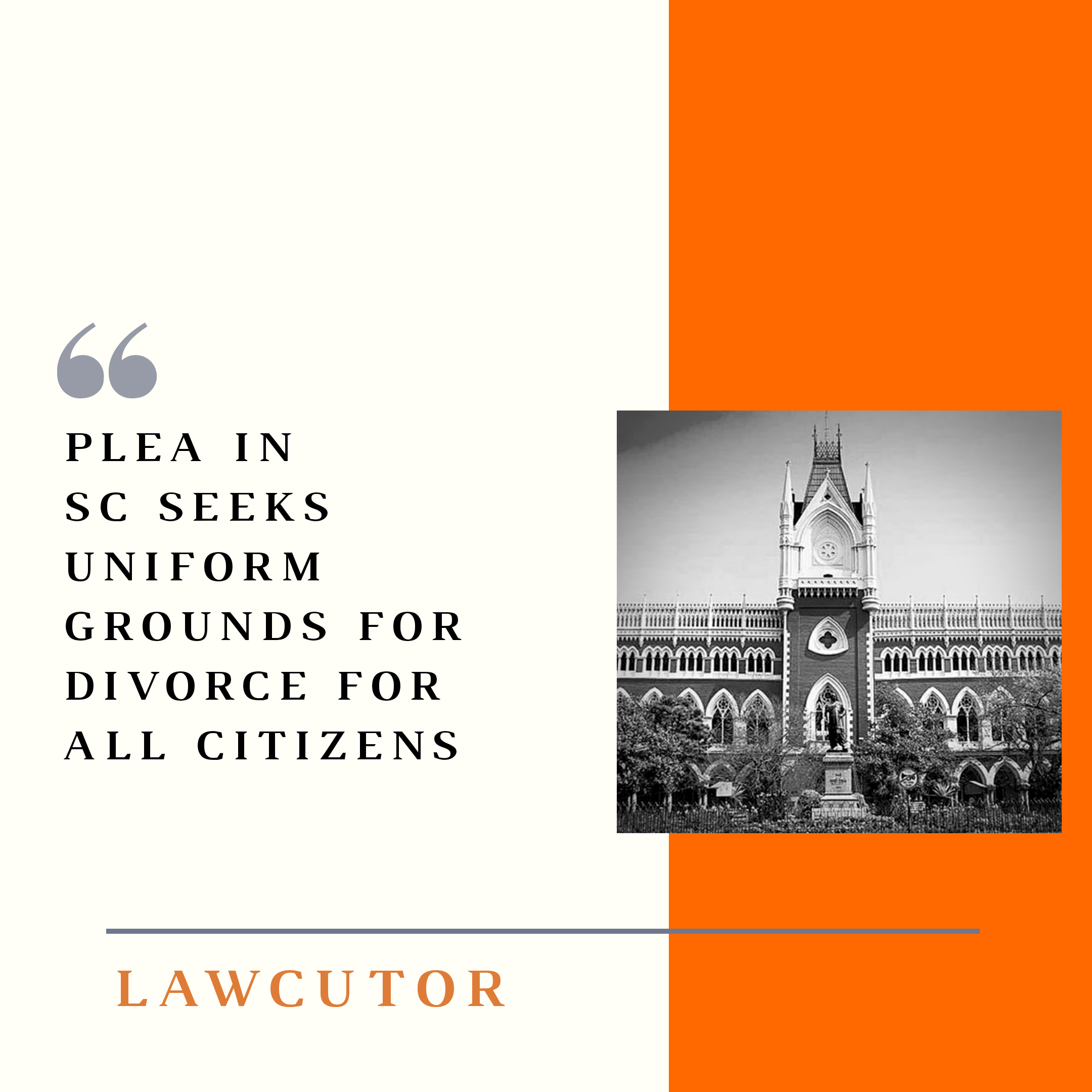 Advocate Ashwini Kumar Upadhyay has filed a PIL in the Supreme Court seeking directions to the Centre to take apposite steps to remove anomalies in the grounds of divorce & make them uniform for all citizens regardless of religion, race, caste, sex or place of birth.

The petition points out that the current laws on the matter are neither gender neutral nor religion neutral. Hindus, Buddhists, Sikhs and Jains have to seek divorce under the Hindu Marriage Act 1955, while Muslims, Christians & Parsis have their own personal laws. Couples belonging to different religions have to seek divorce under the Special Marriage Act, 1956 and if either partner is a foreign national then the Foreign Marriage Act 1969 applies.

The petition seeks a direction to the Law Commission of India to examine the laws relating to divorce and suggest ‘Uniform Grounds of Divorce’ for all citizens in the spirit of Articles 14, 15, 21, 44 of the Constitution.

The petitioner prays that the court declare that the discriminatory grounds of divorce are unconstitutional and frame guidelines for ‘Uniform Grounds of Divorce’ for all citizens, taking into account the best practices of all religions and international conventions.