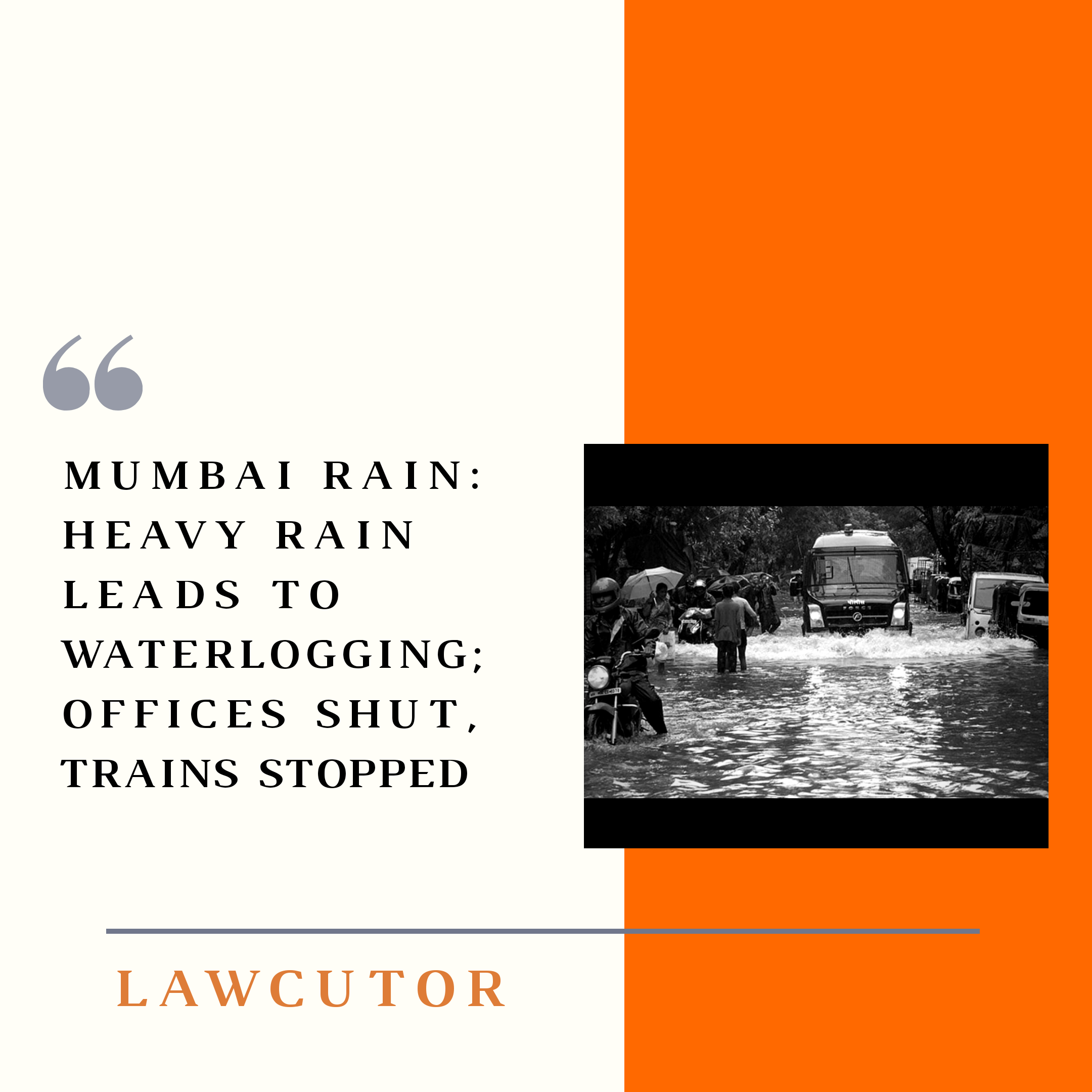 With continuous rainfall all through the night, people in several parts of Mumbai on Tuesday woke up to severe waterlogging. The weather department has sounded a red alert for today and tomorrow for extremely heavy rain in Mumbai.

Education officers have been told to keep the BMC schools prepared if any emergency situation arises and people need shelter. The India Meteorological Department (IMD) said that extremely heavy rain will occur at isolated places in Mumbai, Thane and Raigad districts of Maharashtra on August 4 and August 5.

Several areas are waterlogged in the city, hampering the movement of people. Transport services on the main and harbour lines of Vadala and Parel remain suspended. However, shuttle services between Vashi, Panvel and Kalyan are operating as of now, Mumbai’s Central Rail Chief Public Relations Officer confirmed.