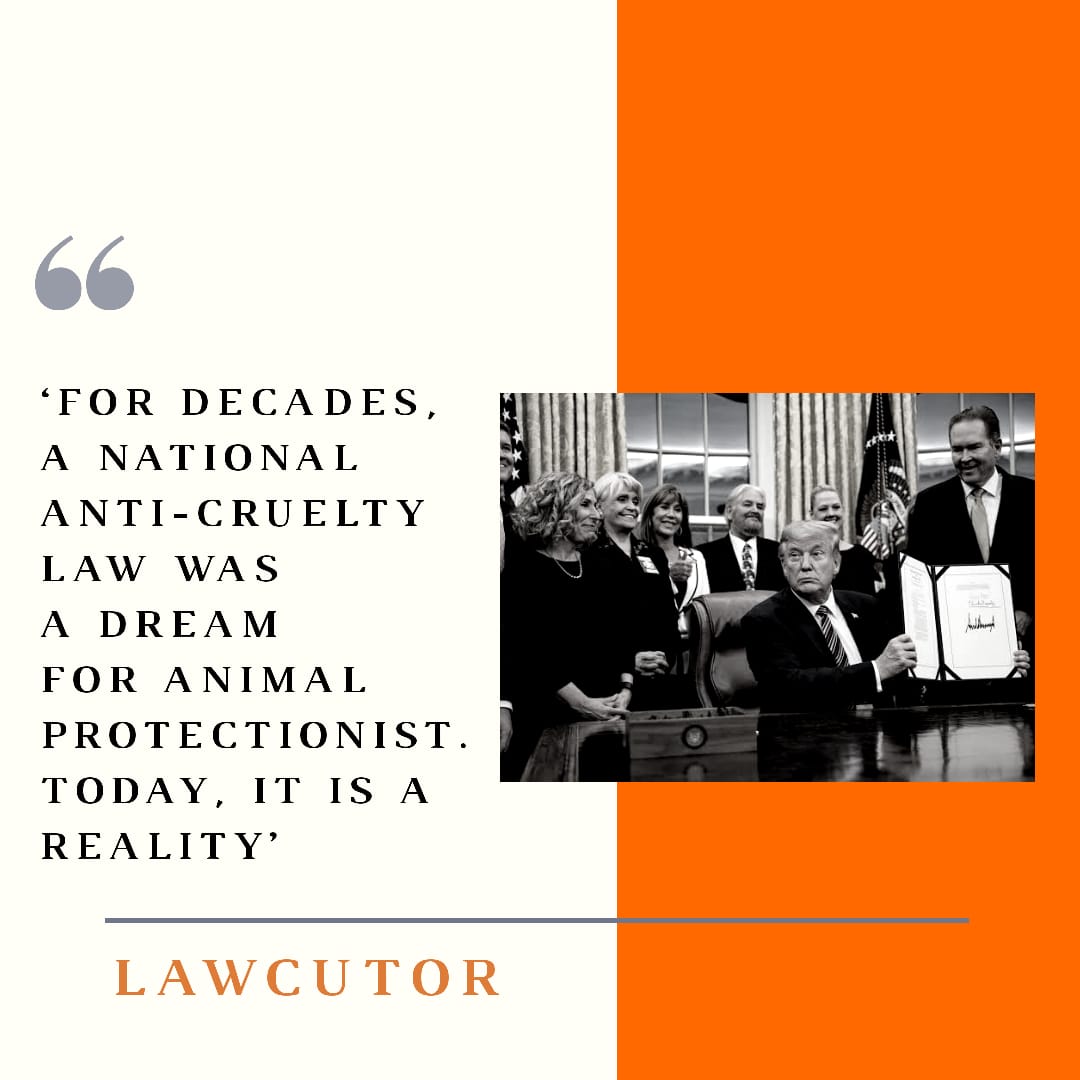 In a display of political unity, Donald Trump signed a bipartisan bill that, for the first time, makes acts of animal cruelty a federal crime punishable with fines and up to seven years in prison.
The bill, called the Preventing Animal Cruelty and Torture Act, was introduced in the house in 2019 by two Florida lawmakers — representative Vern Buchanan, a Republican, and representative Ted Deutch, a Democrat. It expands a 2010 law signed by Barack Obama that banned videos that show animals being crushed, burned, drowned, suffocated, impaled or subjected to other forms of torture. Now, intentional acts of cruelty shown in the videos are also felony offences.

“This is a very important bill and it’s an honour to be involved with it, I’m glad we got it done.”
-Donald Trump